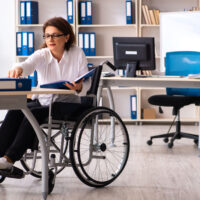 In a press release issued on December 18, 2020, the U.S. Equal Employment Opportunity Commission (EEOC) announced that it has entered into a Consent Decree resolving a disability discrimination lawsuit against Interconnect Cable Technologies Corporation (ICTC). On March 19, 2020, the EEOC filed the case, U.S. Equal Employment Opportunity Commission v. Interconnect Cable Technologies Corporation, Case No. 8:20-cv-00644, in the U.S. District Court for the Middle District of Florida. Before commencing the lawsuit in federal court, the EEOC initially attempted to resolve the case through its statutorily required conciliation process. Unable to settle the case through conciliation efforts, the EEOC invoked its statutory right to address the alleged unlawful discriminatory employment practices through litigation.

In the Consent Decree, which was approved by U.S. District Court Judge Susan C. Bucklew on December 18, 2020, ICTC agreed to pay $35,000 to resolve the disability discrimination lawsuit. In this article, our Ocala, Florida lawyers for wrongful termination victims explain the EEOC’s allegations of unlawful discriminatory employment practices against ICTC.

ICTC is an electronics manufacturer based in Brooksville, Florida. In 1996, Combs began working for ICTC. More than twenty years after her employment began, Combs was working as a planner for ICTC when she was involuntarily hospitalized on June 5, 2017 under Florida’s Baker Act. Combs was diagnosed with major depressive disorder and released from the hospital after five days. The EEOC claims that Combs’ medical condition of major depressive disorder constitutes a disability within the meaning of the ADA.

On June 13, 2017, Combs returned to work and advised management of her health condition that same day. The next day, ICTC demoted Combs from planner to assembler, which reduced Combs’ pay by $2.00 per hour. After being demoted to the assembler position, Combs voluntarily took an opening in the stock room. On October 20, 2017, ICTC terminated Combs’ employment. Although ICTC claimed that it fired Combs because it did not have non-military assembly work, Combs was no longer working as an assembler when she was fired. Instead, Combs was working in the stock room. Because Combs was working in the stock room when she was fired, the EEOC claims that the proffered reason for Combs’ termination was without basis in fact and a pretext for unlawful disability discrimination.

In a press release issued by the EEOC on December 18, 2020 regarding the case, a regional attorney for the EEOC’s Miami District Office, Robert Weisburg, explained that “employment decisions based on stereotypes or assumptions about mental illness are unlawful, and the EEOC will take action to prevent it.” In commenting on the case, the Director of the EEOC’s Tampa Field Office, Evangeline Hawthorne, stated that “demoting or firing individuals because of disability, whether physical or mental, violates federal laws.” “This resolution,” Ms. Hawthorne added, “brings the EEOC closer to achieving its mission of eliminating disability discrimination from America’s workplace.”