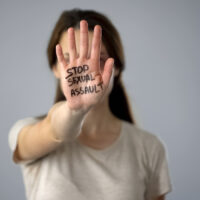 The EEOC has filed a sex discrimination lawsuit pursuant to Title VII of the Civil Rights Act of 1964 (Title VII) on behalf of an individual, Christina Miller (Miller), who sought employment with QualTool. Under Title VII, employers forbidden from discriminating against employees and job applicants on the basis of sex. The EEOC claims that QualTool violated Title VII by failing or refusing to hire Miller because of her sex.

QualToold is a tools manufacturer in Tavares, Florida. In November 2017, Miller saw a job posting in a local paper advertising for positions at QualTool. The newspaper ad stated that QualTool was hiring general laborers and shift leaders for the first and second shifts. On November 10, 2017, Miller called QualTool and confirmed that the company was still accepting applications.

That same day, Miller drove to QualTool’s office and filled out an application. After Miller filled out an application, a woman came into the office and asked Miller what she was applying for. Millers said that she was applying for positions on the second shift. The woman told Miller that she could not work the second shift because only men worked that shift. The woman also told Miller that it was a “man’s environment.” Miller explained that she was the only woman at her current job and that the “man’s environment” did not bother her. The woman then took Miller’s application from Miller’s hands, not allowing her to apply. The EEOC contends that QualTool failed or refused to hire Miller for the second shift position because she is a woman.

In a press release issued by the EEOC on April 27, 2021, regarding the case, a regional attorney for the EEOC’s Miami District Office, Robert Weisberg, explained that “unfortunately, some employers continue to rely on antiquated stereotypes about women to make hiring decisions.” In commenting on the case, the Director of the EEOC’s Miami District Office, Paul Valenti, observed that “employers cannot shut people out of jobs based on sex.” “In bringing this case,” Mr. Valenti added, “the EEOC is enforcing Title VII to protect women’s right under federal law to equal opportunity to compete for jobs.”