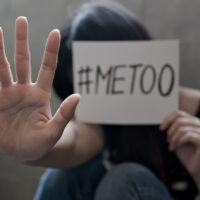 In a press release issued on December 2, 2020, the U.S. Equal Employment Opportunity Commission (EEOC) announced that it has entered into a Consent Decree settling a sexual harassment and retaliation lawsuit filed against Del Taco, LLC (Del Taco). On September 17, 2018, the EEOC filed the case, U.S. Equal Employment Opportunity Commission v. Del Taco, LLC, Case No. 5:18-cv-1978, in the U.S. District Court for the Central District of California. Before initiating the civil action, the EEOC first tried to reach a pre-litigation settlement through its voluntary conciliation process. Unable to resolve the case through voluntary conciliation efforts, the EEOC moved forward with attempting to resolve the alleged discriminatory employment practices by filing the lawsuit.

Del Taco is a fast-food restaurant chain. The EEOC claims that Mejia, who was 16-18 years old when she worked for Del Taco, was sexually harassed by a General Manager, Shift Leader, and co-worker. The unwanted sexually harassing behavior towards Mejia included sexual propositions, sexual remarks, and comments about her physical appearance and buttocks. The EEOC further claims that the General Manager and Shift Leader subjected five other female employees to unwanted sexually harassing behavior, including sexual remarks and unwanted physical contact. One of the victims of the hostile work environment sexual harassment was seventeen years old when she was allegedly sexually harassed by the Shift Manager.

The EEOC alleges that Del Taco knew of the sexually harassing behavior in the workplace because Mejia and other employees lodged complaints to their supervisors and human resources. Despite having knowledge of the hostile work environment sexual harassment, according to the EEOC, Del Taco failed to take prompt and effective remedial action to end the harassment, including failing to conduct an adequate investigation in response to the complaints and failing to adequately discipline the alleged harassers.

Instead of taking corrective action to stop the sexual harassment from continuing, the EEOC contends, Del Taco retaliated against Mejia for complaining by reducing her hours. Because of the on-going sexually hostile work environment and retaliation, the EEOC claims that Mejia was involuntarily compelled to resign her employment. In forcing Mejia to quit in order to escape the hostile work environment, the EEOC further claims that Del Taco constructively discharged Mejia in violation of Title VII.

The EEOC is the administrative agency of the United States responsible for interpreting and enforcing federal employment laws making discrimination, harassment, and retaliation unlawful employment practices. As part of its efforts to eliminate unlawful employment practices from the American workplace, the EEOC brings lawsuits on behalf of employment discrimination victims, including sexual harassment and retaliation victims. In a press release issued by the EEOC on December 2, 2020 regarding the case, a regional attorney for the EEOC’s Los Angeles District Office, Anna Park, explained that the “employers are encouraged to have strong systems in place to respond swiftly and effectively to harassment complaints—particularly where the workforce consists of young workers.”