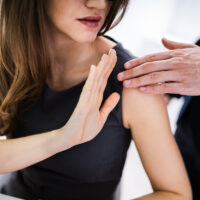 In a press release issued on December 10, 2020, the U.S. Equal Employment Opportunity Commission (EEOC) announced that it has entered into a Consent Decree resolving a sexual harassment lawsuit against Protocol of Amherst, Inc., d/b/a Protocol Restaurant (Protocol). On May 9, 2019, the EEOC filed the case, U.S. Equal Employment Opportunity Commission v. Protocol of Amherst, Inc., d/b/a Protocol Restaurant, Case No. 1:19-cv-598, in the U.S. District Court for the Western District of New York. Before initiating the lawsuit, the EEOC initially endeavored to secure a pre-litigation settlement through its statutorily mandated conciliation process. Voluntary conciliation efforts having failed, the EEOC exercised its right under federal law to correct the alleged unlawful discriminatory practices through litigation.

In the Consent Decree, which was endorsed by U.S. District Court Judge Lawrence J. Vilardo on December 9, 2020, Protocol agreed to pay $90,000 to resolve the sexual harassment lawsuit. In this article, our Ocala, Florida lawyers for sexual harassment victims explain the EEOC’s allegations of unlawful sexual harassment against Protocol.

The EEOC claims that Protocol violated Title VII by subjecting Cavalier and other female employees to hostile work environment sexual harassment. The EEOC further claims Cavalier and other female employees were constructively discharged in violation of Title VII when they were involuntarily forced to resign their employment because of the hostile work environment sexual harassment.

The EEOC claims that Cavalier and other alleged sexual harassment victims who opposed or rejected the owner’s sexual advances were retaliated against by being given fewer hours and less desirable work assignments. The EEOC further claims that because Protocol created and maintained a sexual hostile work environment in violation of Title VII, Cavalier and other alleged sexual harassment victims were forced to quit in order to escape the sexual hostile work environment. For example, a hostess resigned in 2018 because she could no longer endure the owner’s sexually harassing behavior. Similarly, a server quit in 2017 because of the hostile work environment created by the owner. While a bartender/server quit in 2018 because of the owner’s verbal and physical conduct of a sexual nature.

The EEOC is the administrative agency of the United States responsible for interpreting and enforcing federal employment and labor laws making sexual harassment an unlawful employment practice. As part of its Congressional mandate to enforce the federal employment and labor laws, the EEOC files lawsuits on behalf of employees who have been required to work in a sexual hostile work environment. In a press release issued by the EEOC on December 10, 2020 regarding the case, the Director of the EEOC’s New York District Office, Judy Keenan, explained that “no one should be forced to endure sexual advances or inappropriate physical contact to earn a living.” “The EEOC is committed to ensuring,” Ms. Keenan added, “that all workers are free from sexual harassment on the job.”