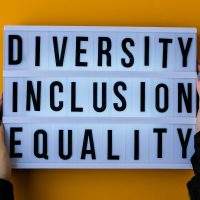 In a press release issued on August 12, 2021, the EEOC announced that it has filed a sexual orientation discrimination lawsuit against Neighborhood Restaurant Partners Florida, LLC, doing business as Applebee’s (Applebee’s). On August 12, 2021, the EEOC filed the sexual orientation discrimination, U.S. E.E.O.C. v. Neighborhood Restaurant Partners Florida, LLC, Case No. 8:21-cv-01931, in the U.S. District Court for the Middle District of Florida.

Under Title VII, once an employer knows or should know that an employee is being harassed on the basis of sexual orientation, the employer is obligated to take prompt and effective corrective action to stop the harassment and prevent the harassment from recurring. When an employer fails to take prompt and effective correction action to end the harassment, Title VII does not require employees to continue working in a discriminatory abusive work environment. Instead, Title VII authorizes employees to resign because of the intolerable discriminatory working conditions. When an employee is compelled to quit because of intolerable discriminatory working conditions, the employee has been constructively discharged in violation of Title VII.

Teague contends that he complained to management about the harassment, but was told to “ignore it” and the co-workers were just joking around. Towards the end of Teague’s employment, according to the EEOC, the restaurant manager purportedly conducted an investigation into Teague’s complaint. However, the EEOC claims that Applebee’s does not have any notes of that alleged investigation. The EEOC further contends that the restaurant manager retaliated against Teague for complaining about the harassment by cutting his hours in retaliation. Because of the continuous harassment and retaliatory reduction in hours, the EEOC maintains that Teague was forced to resign his employment in June 2019. Thus, the EEOC also contends that Teague was constructively discharged in violation of Title VII.

In a press release issued by the EEOC on August 12, 2021 regarding the case, a regional attorney for the EEOC’s Miami District Office, Robert E. Weisberg, noted that “over one year ago, the Supreme Court ruled in Bostock v. Clayton County, Georgia, that the protections of Title VII [ ] apply to individuals who are discriminated against in the workplace based on their sexual orientation.” “The EEOC will aggressively investigate,” Mr. Weisberg added, “and, if necessary, prosecute employers that violate the rights of their LGBTQ employees.”