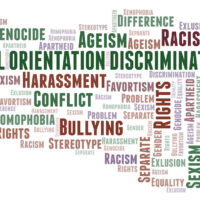 On December 1, 2020, the U.S. Equal Employment Opportunity Commission (EEOC) issued a press release announcing that it has entered into a Consent Decree settling a sex discrimination lawsuit filed against R.G. & R.G. Harris Funeral Homes, Inc. (RG Harris) alleging unlawful discharge against a transgender employee. On September 25, 2014, the EEOC filed the case, U.S. Equal Employment Opportunity Commission v. R.G. & R.G. Funeral Homes, Inc., Case No. 2:14-cv-13710, in the U.S. District Court for the Eastern District of Michigan. Prior to initiating the civil action, the EEOC first attempted to secure a pre-litigation settlement through its statutorily mandated conciliation process. Unable to settle the case through its use of informal methods of conciliation, the EEOC exercised its statutory authority to resolve the alleged discriminatory employment practices through litigation.
In the Consent Decree, which was signed by U.S. District Court Judge Sean F. Cox on November 30, 2020, RG Harris agreed to pay $250,000 to resolve the sex discrimination lawsuit. In this article, our Ocala, Florida lawyers for transgender discrimination explain the EEOC’s allegations of transgender discrimination against RG Harris.

RG Harris is a funeral home company based in Detroit, Michigan. In October 2007, Stephens began working for RG Harris as a Funeral Director/Embalmer at its facility in Garden City, Michigan. Stephens is a transgender woman. On July 31, 2013, Stephens informed RG Harris and her co-workers in a letter that she was undergoing a gender transition from male to female and intended to dress in appropriate business attire at work as a woman from then on, asking for their support and understanding. On August 15, 2013, RG Harris fired Stephens, telling her that what she was “proposing to do” was unacceptable. Based on the remarks that Stephens’ gender transition from male to female was unacceptable, the EEOC claims that RG Harris fired Stephens because Stephens is transgender and because Stephens did not conform the RG Harris’ gender-based stereotypical expectations.

The EEOC is the administrative agency of the United States responsible for interpreting and enforcing federal employment laws prohibiting discrimination, harassment, and retaliation in the workplace. As part of its administrative enforcement of the federal employment laws, the EEOC has the statutory authority to file lawsuits on behalf of employees subjected to unlawful discriminatory employment practices, including employees discriminated against on the basis of transgender status. In a press release issued by the EEOC on December 1, 2020 regarding the case, a trial attorney for the EEOC’s Detroit Field Office, Dale Price, explained that the “law is now clear that discrimination against an employee because of his or her transgender status is sex discrimination.”