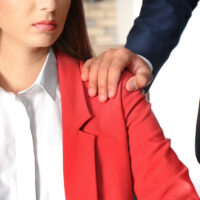 On June 19, 2020, the U.S. Equal Employment Opportunity Commission (EEOC) issued a press release announcing that it has filed a sexual harassment and retaliation lawsuit against Moore & Moreford, Inc. (M & M). On June 16, 2020, the EEOC filed the lawsuit, U.S. Equal Employment Opportunity Commission v. Pediatric Health Care Alliance, P.A., Case No. 2:20-cv-00892, in the U.S. District Court for the Western District of Pennsylvania after initially attempting to resolve the case without the necessity of litigation through its statutorily mandated conciliation process. Unable to reach an acceptable conciliation agreement, the EEOC moved forward with attempting to address the alleged unlawful employment practices through litigation.

M & M is a steel manufacturing company in South Greensburg, Pennsylvania. Thompson was employed by M & M as a welder from January 2018 until she was fired on February 11, 2019. During her employment, Thompson worked in M & M’s Structural Division where she was the only female welder. Throughout her employment, according to the EEOC, Thompson was subjected to sex-based discriminatory harassment by a foreman and co-worker.

The hostile work environment discriminatory harassment included subjecting Thompson to discriminatory sexist remarks, such as telling her that “women don’t belong on the floor,” “women shouldn’t be on the line,” and “women shouldn’t be welding.” The EEOC alleges that Thompson was also subjected to offensive conduct of a sexual nature, including soliciting her for oral sex and displaying calendars in the workplace that contained photographs of nude women. The EEOC further alleges that the gender-based abuse towards Thompson included throwing objects at her, manipulating equipment for the purpose of creating an unsafe work environment, and hurling sexual epithets at her.

The EEOC contends that Thompson repeatedly complained to management about the hostile work environment harassment. Despite her complaints, according to the EEOC, M & M did not conduct any investigation or take any other corrective action. After Thompson began reporting the harassing behavior, the foreman started treated her significantly worse. The foreman grabbed Thompson by her shirt collar, repeatedly yelled at her, increased his workplace surveillance of her, and denied her tools necessary to do her job. Ultimately, the foreman reassigned Thompson to work in the paint yard despite his knowledge that she had just returned from sick leave and was still recovering from pneumonia.

After she was reassigned to the paint yard, Thompson contacted the EEOC on February 5, 2019 and thereby initiated the process for filing a charge of discrimination with the EEOC regarding sexual harassment and retaliation. Two days later, Thompson met with management regarding the harassment and retaliation she had experienced. During the meeting, Thompson informed management that she had contacted the EEOC and commenced the process of filing an EEOC charge of discrimination. Four days later, on February 11, 2019, M & M fired Thompson.

The EEOC is the administrative agency of the United States charged with interpreting and enforcing federal employment laws prohibiting sexual harassment and retaliation. In enforcing the federal employment laws, the EEOC is also authorized by federal law to bring lawsuits on behalf of sexual harassment and retaliation victims. In a press release issued on June 22, 2020 regarding the case, a regional attorney for the EEOC’s Philadelphia District Office, Debra Lawrence, stated that “no worker should ever have to endure sexually degrading and humiliating work conditions in order to earn a living.” Ms. Lawrence added that, “the EEOC will continue to vigorously enforce the laws prohibiting sexual harassment and retaliation for opposing and reporting it.”