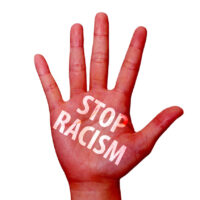 On April 10, 2020, the U.S. Equal Employment Opportunity Commission (EEOC) issued a press release announcing that it has filed a hostile work environment harassment lawsuit against Baccarat, Inc. (Baccarat). On April 10, 2020, the EEOC filed the case, United States Equal Employment Opportunity Commission v. Baccarat, Inc., Case No. 1:20-cv-2918, in the U.S. District Court for the Eastern District of New York after initially seeking to reach a pre-litigation resolution of the case through its statutorily required conciliation process.

Baccarat operates a retail store in Manhattan that sells luxury products. Madison, who is African-American, was employed by Baccarat as a sales consultant at its Madison Avenue store from June 2014 until August 2018. Throughout his employment, according to the EEOC, Madison was subjected to a daily barrage of racially harassing behavior by co-workers. One co-worker told Madison on a number of occasions, “I love black people, everyone should own one.” Approximately once a week, another co-worker would say, “Black men are more like children.” One co-worker told Madison that his mother was on drugs, and another co-worker asked Madison if he was born out of wedlock. When Madison told the store’s general manager that he lived in Harlem, the general manager said that if she went to Harlem, she would need to wear a “bulletproof vest” and that black people would run after her to try to steal her Chanel bag.

The EEOC further alleges that Madison, who has dyslexia, was subjected to persistent harassment because of his learning disability. One co-worker asked Madison, “What in your small miniscule-size sponge thing that you call a brain would make you think that you are up [next to help a customer]?” This same co-worker frequently told Madison that he should commit suicide by jumping off a bridge and that Madison should quit. Another co-worker continuously made derogatory remarks that questioned Madison’s intellectual ability and whether Madison should be working for Baccarat. On numerous occasions, the harassing co-workers also told Madison that he was “nothing.”

Employee Forced To Quit Due To Harassment

Workplace Must Be Free Of Harassment

The EEOC is the administrative agency of the United States responsible for interpreting and enforcing federal laws prohibiting employment discrimination, harassment, and retaliation. In enforcing the federal anti-discrimination laws, the EEOC is also authorized by federal law to bring lawsuits on behalf of employees who have endured abuse because of their race or disability. In a press release issued by the EEOC on April 10, 2020 regarding the case, the acting director for the EEOC’s New York District Office, Judy Keenan, explained that the “law requires employers that receive reports of harassment to investigate and take prompt corrective action to stop and remedy unlawful conduct in the workplace.” In commenting on the case, a regional attorney for the EEOC’s New York District Office, Jeffrey Burstein, stated that the “ineffective implementation of anti-harassment policies is essentially the same as not having any at all.” “The EEOC is committed to protecting the rights of all employees under Title VII and the ADA,” Mr. Burstein added, “so that employees can work with dignity.”