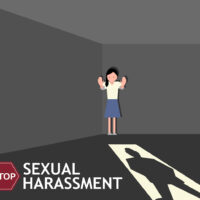 In a press release issued on September 30, 2020, the U.S. Equal Employment Opportunity Commission (EEOC) announced that it has filed a sexual harassment lawsuit against Hannah’s, Inc., d/b/a Hannah the Pet Society (Hannah). On September 29, 2020, the EEOC filed the case, U.S. Equal Employment Opportunity Commission v. Hannah’s, Inc., d/b/a Hannah the Pet Society, Case No. 3:20-cv-01688, in the U.S. District Court for the District of Oregon after initially attempting to resolve the case through conciliation efforts. Conciliation efforts having failed, the EEOC moved forward with attempting to correct the alleged unlawful employment practices through litigation.

The EEOC has filed the sexual harassment lawsuit pursuant to Title VII of the Civil Rights Act of 1964 (Title VII) on behalf of a former employee of Hannah, Amber Willett (Willett). Title VII prohibits employers from discriminating against employees on the basis of sex. Sexual harassment is a form of sex discrimination forbidden by Title VII. The EEOC contends that Hannah subjected Willett to an unlawful hostile work environment because of her sex (female). The EEOC further contends that Willett was involuntarily forced to resign in order to escape the hostile work environment. In this article, our Citrus County, Florida hostile work environment lawyers explain the EEOC’s allegations against Hannah.

From November 27, 2017 until June 2, 2018, Willett was employed as a Pet Nurse at Hannah’s facility in Tigard, Oregon. Throughout her employment, the EEOC maintains, Willett was subjected to unwanted harassing behavior because of her sex by Hannah’s Chief of Staff. The Chief of Staff’s unwelcome verbal conduct of a sexual nature towards Willett included sexual remarks, such as asking her what sounds come from her bedroom when her boyfriend was over and telling her that she did not need to wear a bra because she had “nothing there.” The Chief of Staff also asked Willett’s roommate and direct supervisor, the Director of Nursing, to record the sounds coming from Willett’s bedroom when her boyfriend was over. The EEOC further alleges that the Chief of Staff made “on-going, unwelcome comments denigrating to women,” such as “shut up woman” and “stupid woman.”

Because the Chief of Staff’s sexual harassment continued despite her repeated complaints, Willett resigned her employment on June 2, 2018. The EEOC contends that in failing to take prompt and effective remedial action to protect Willett from the on-going sexual harassment despite having knowledge of the behavior, Hannah constructively discharged Willett in violation of Title VII by forcing her to resign in order to escape the intolerable hostile work environment.

The EEOC is the administrative agency of the United States responsible for interpreting and enforcing federal civil rights laws protecting employees’ rights. As part of its mandate to eliminate discrimination in the workplace, the EEOC is authorized by federal law to bring lawsuits on behalf of employees who have been forced to work in a sexual hostile work environment. In a press release issued by the EEOC on September 30, 2020 regarding the case, the Director of the EEOC’s Seattle Field Office, Nancy Sienko, said, “employers take heed: prevention is the best tool to eliminate sexual harassment in the workplace, so train your managers and employees to recognize illegal behavior.” “Employers should send the message,” Ms. Sienko explained, “that no one in the organization is above the law and that sexual harassment absolutely will not be tolerated.”