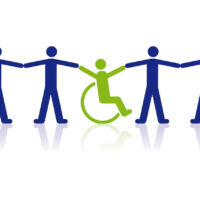 In a press release issued on January 5, 2021, the U.S. Equal Employment Opportunity Commission (EEOC) announced that it has filed a disability discrimination lawsuit against HZ Ops Holdings, Inc., d/b/a Popeye’s (Popeye’s). On December 31, 2020, the EEOC filed the lawsuit, U.S. Equal Employment Opportunity Commission v. HZ Ops Holdings, Inc., d/b/a Popeye’s, Case No. 2:20-cv-00486, in the U.S. District Court for the Northern District of Indiana. Before moving forward with the litigation, the EEOC first attempted to reach a pre-litigation settlement through its voluntary conciliation process. Conciliation efforts having failed, the EEOC invoked its right under federal law to protect employee rights by filing the lawsuit. In this article, our Ocala, Florida lawyers for employees explain the EEOC’s allegations of discriminatory employment practices against Popeye’s.

The EEOC has filed the disability discrimination lawsuit under the Americans with Disabilities Act (ADA), as amended by the Americans with Disabilities Act Amendments Act of 2008 (ADAAA), on behalf of an individual who applied for employment with Popeye’s, Nichole Nash (Nash). Under the ADA, employees are protected from discrimination on the basis of disability. The ADA’s protection against disability discrimination extends to all employees and applicants for employment. The ADA forbids discrimination on the basis of disability with respect to all aspects of employment, including hiring, pay, promotion, and discharge. The ADA also requires employers to provide reasonable accommodations to disabled employees and job applicants. An employer’s failure to reasonably accommodate a disabled employee or job applicant constitutes an unlawful discriminatory employment practice under the ADA.

The EEOC alleges that Popeye’s violated the ADA when it rescinded its job offer to Nash because of her disability and failed to provide Nash with the reasonable accommodation of having her job coach present during employment training.

On August 8, 2019, Nash applied and interviewed for a prep position at Popeye’s restaurant in Griffith, Indiana. Nash has lifelong intellectual and learning impairments which result in a slower learning process for her. These impairments, the EEOC contends, constitute a disability within the meaning of the ADA. The EEOC maintains that with the reasonable accommodation of a job coach during employment training, Nash was qualified to work in the prep position.

In the weeks that followed Nash’s hire, Nash’s job coach followed up with the General Manager regarding Nash’s start date. On August 24, 2019, the General Manager told Nash’s job coach that Popeye’s could not hire Nash because the District Manager said that Nash could hurt herself in the kitchen. In rescinding the job offer based on its factually unsupported conclusion that Nash might hurt herself in the kitchen, the EEOC contends that Popeye’s refused to hire Nash because of her disability in violation of the ADA. The EEOC further contends that Popeye’s failed to reasonably accommodate Nash’s disability by allowing her job coach to be present in the lobby of the restaurant during her initial employment training.

The EEOC is the administrative agency of the United States charged with interpreting and enforcing federal employment and labor laws making disability discrimination an unlawful discriminatory employment practice. In seeking to advance equal employment opportunity in the American workplace, the EEOC files lawsuits on behalf of victims of employment discrimination, including job applicants who have been denied employment for an unlawful discriminatory reason. In a press release issued by the EEOC on January 5, 2021 regarding the case, a regional attorney for the EEOC’s Indianapolis District Office, Kenneth L. Bird, explained that “the ADA shields an applicant from disability-related assumptions about job ability.” “An employer cannot selectively consider an individual’s disability,” Mr. Bird added, “to bar or deny reasonable accommodations to a qualified applicant.”

Based in Ocala, Florida and representing employees throughout Central Florida, our Marion County, Florida attorneys for employees have fought for the rights of employees for more than two decades. If you have experienced discrimination in the workplace or have questions about your rights as an employee under the federal employment laws, please contact our office for a free consultation with our Ocala, Florida lawyers for employees. Our employee rights law firm takes employment law cases on a contingency fee basis. This means that there are no attorney’s fees incurred unless there is a recovery and our attorney’s fees come solely from the monetary award that you recover.