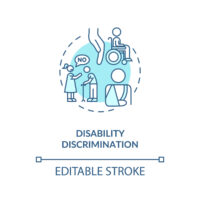 The EEOC claims that Treehouse discriminated against Turner by denying her a reasonable accommodation for her disabilities and discharging her because of her disabilities in violation of the ADA.

Treehouse is a food products manufacturer. Turner worked as a machine operator at Treehouse’s plant in Forest Park, Georgia. The EEOC claims that Turner has disabilities within the meaning of the ADA based on her medical conditions of high blood pressure, diabetes, chronic bronchitis, a bleeding ulcer, and chronic pain. Since 2004 until her termination in 2019, Turner used intermittent leave under the Family Medical Leave Act for treatment of her disabilities.

On May 7, 2019, Treehouse terminated Turner’s nineteen-year employment for violation of its attendance policy. During the termination meeting, Turner again explained to human resources, her supervisor, and the union steward that her record of attendance policy violations was incorrect because she had been absent for treatment relating to her disabilities.

The EEOC is the administrative agency of the United States charged by federal law with interpreting and enforcing federal employment and labor laws prohibiting discrimination, harassment, and retaliation. In enforcing employees’ rights under the federal employment and labor laws, the EEOC files lawsuits on behalf of employment discrimination victims, including disability discrimination victims. In a press release issued by the EEOC on January 13, 2021 regarding the case, a regional attorney for the EEOC’s Atlanta District Office, Marcus G. Keegan, explained that the “use of intermittent medical leave for treatment of a disability is widely recognized as a reasonable accommodation.” “The request for an accommodation could easily have been granted here,” Mr. Keegan added, “but Treehouse Foods fired a 19-year employee on the verge of retirement instead of engaging in the interactive process and accommodating her.” “Such conduct,” Mr. Keegan observed, “is unethical and unlawful.” In commenting on the case, the Director of the EEOC’s Atlanta District Office, Darrell Graham, stated that the “EEOC is committed to ending disability discrimination,” and “an employee should not be forced to risk termination for seeking intermittent leave as a reasonable accommodation for her disability under the ADA.”