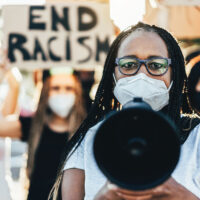 In a press release issued on November 9, 2020, the U.S. Equal Employment Opportunity Commission (EEOC) announced that it has filed a racial harassment and same-sex sexual harassment lawsuit against Engie Services, Inc. (Engie). On November 9, 2020, the EEOC filed the lawsuit, U.S. Equal Employment Opportunity Commission v. Engie Services, Inc., Case No. 2:20-cv-01767, in the U.S. District Court for the Northern District of Alabama. Before filing the lawsuit, the EEOC attempted to resolve the case through its voluntary conciliation process. Unable to reach an acceptable settlement through its conciliation efforts, the EEOC now seeks to remedy the alleged unlawful employment practices through litigation. In this article, our Inverness, Florida lawyers for race discrimination victims explain the EEOC’s allegations against Engie.

Crosby and Mays worked at Engie’s facility in Birmingham, Alabama. Crosby was hired by Engie in 2015. Mays began working for Engie in 2013. Starting in May 2015, according to the EEOC, Crosby was subjected to racial harassment by two supervisors, Rizzo and Cappiello. Rizzo’s alleged racially harassing behavior included racially offensive jokes and inappropriate racial remarks. Cappiello, the EEOC alleges, frequently made racial comments to or about workers of color. For example, the EEOC asserts, Cappiello returned from vacation in Puerto Rico and said that his tan was almost as “black” as Crosby’s skin. Crosby also claims that he heard Cappiello call a Hispanic employee a “wetback.” Another employee, the EEOC contends, heard Cappiello refer to African-Americans using racial slurs.

The EEOC further alleges that Crosby and Mays were subjected to same-sex sexual harassment by Rizzo. On two occasions, according to the EEOC, Rizzo groped Crosby’s buttocks. After the second incident of unwanted sexual touching, Crosby reported the alleged incident to Engie’s management and then filed a police report. The EEOC also claims that Rizzo sexually harassed Mays. On one occasion, Rizzo allegedly came up behind Mays while he was working and pushed his groin against Mays’ buttocks. On another occasion, Mays was holding a broken stick between his legs when Rizzo grabbed it and smiled.

The EEOC maintains that Engie was aware of the on-going racial and sexual harassment in the workplace, but nonetheless failed to take prompt corrective action to prevent the harassment from continuing. The EEOC alleges that Engie failed to take sufficient prompt and effective action to stop Rizzo from continuing to engage in the harassing behavior, which led to continued harassment of Mays and Crosby. The EEOC further alleges that Engie took no action to stop Cappiello’s harassment. As a result of Engie’s failure to take prompt and effective remedial action, the EEOC claims that Engie created and maintained a hostile working environment in violation of Title VII.

The EEOC is the administrative agency of the United States responsible for interpreting and enforcing federal employment laws making discrimination, harassment, and retaliation unlawful employment practices. As part of its statutory mission to eradicate discrimination in the American workplace, the EEOC is authorized to file lawsuits on behalf of employees who have been required to work in an unlawful hostile environment. In a press release issued by the EEOC on November 9, 2020 regarding the case, the Director of the EEOC’s Birmingham District Office, Bradley Anderson, stated that “engaging in frequent or severe sex or race discrimination in the workplace is illegal.” “When harassment is perpetrated by a supervisor,” Mr. Anderson explained, “employers have a duty to prevent it from happening in the first place and to correct it promptly.”