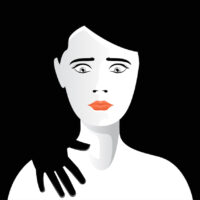 On June 9, 2021, the EEOC issued a press release announcing that it has filed a sexual harassment lawsuit against SDI of Mineola, LLC, d/b/a Sonic Drive-In (Sonic). On June 9, 2021, the EEOC filed the sexual harassment case, U.S. Equal Employment Opportunity Commission v. SDI of Mineola, LLC, d/b/a Sonic Drive-In, Case No. 6:21-cv-00226, in the U.S. District Court for the Eastern District of Texas. Before moving forward with litigation, the EEOC initially attempted to reach a pre-litigation settlement through its voluntary conciliation process. Conciliation efforts having proved unsuccessful, the EEOC invoked its right under federal law to protect employee rights by filing the lawsuit.

In Curry v. District of Columbia, 195 F.3d 654 (D.C. Cir. 1999), the U.S. Circuit Court of Appeals for the District of Columbia observed that “Title VII does not permit employers to stand idly by once they learn that sexual harassment has occurred.”  Instead, as the U.S. Ninth Circuit Court of Appeals in Fuller v. City of Oakland, Cal., 47 F.3d 1522 (9th Cir. 1995) explained, “[o]nce an employer knows or should know of harassment, a remedial obligation kicks in.” “That obligation,” the Fuller court pointed out, “will not be discharged until action—prompt, effective action—has been taken.” As determined by the Ninth Circuit in Nichols v. Azteca Restaurant Enterprises, Inc., 256 F.3d 864 (9th Cir. 2001), “[w]hen an employer undertakes no remedy, or where the remedy does not end the harassment and deter future harassment, liability attaches for both the past harassment and an future harassment.”

On his last night working at Sonic in Mineola, the co-manager allegedly approached Spurgeon and said: “This is your last chance to run away with me.” The EEOC claims that this comment was made in front of other female employees. After the comment was made, according to the EEOC, several female employees began discussing that they had experienced similar sexual harassment from the co-manager. Some of those discussions took place in the presence of an assistant manager. The assistant manager, the EEOC maintains, failed to take any remedial action. The EEOC claims that Spurgeon was compelled to resign her employment due to intolerable working conditions, including Sonic’s failure to take any remedial action after her complaint.

Like Spurgeon, McKlya was in high school when she started working for Sonic in February 2019. The co-manager’s alleged sexual harassment towards McKlya included sexual remarks and rubbing his body against hers. As time passed, according to the EEOC, the severity of the co-manager’s harassment of McKlya increased. In the fall of 2019, the EEOC asserts, the co-manager committed an “especially egregious acts of harassment that included unwelcome touching and grabbing of McKyla.” Unable to withstand any further harassment, the EEOC contends, McKyla resigned her employment.

The EEOC alleges that the co-manager made unwanted verbal remarks to Hollingsworth as frequently as 4-5 times a day when she worked with him. The sexual remarks included asking her to perform sexual acts. The co-manager also allegedly engaged in physical sexual harassment of Hollingsworth, including reaching into her apron and rubbing up against her.

The EEOC is the administrative agency of the United States with the obligation under federal law for interpreting and enforcing the federal employment laws prohibiting discrimination, harassment, and retaliation. In order to preserve and protect employee rights, the EEOC brings lawsuits in federal court on behalf of sexual harassment victims.

In a press release issued by the EEOC on June 9, 2021 regarding the case, a senior trial attorney for the EEOC’s Dallas District Office, Joel Clark, explained that “preying on young women is bad enough.” “Here,” Mr. Clark observed, “even after the sexual harassment was reported to management, Sonic did nothing to protect these women.” In commenting on the case, the Director of the EEOC’s Dallas District Office stated that “managers have a responsibility to provide a workplace free from sexual harassment for all employees under their supervision, especially teen workers who are particularly vulnerable to this kind of abuse.”