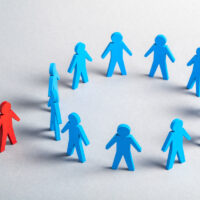 Having represented Florida employment discrimination victims for more than two decades, our Marion County, Florida disability discrimination attorneys know that employers will do everything in their power to hide the true reason for an employee’s termination when the truth would subject them to liability. The federal Americans with Disabilities Act (ADA), 42 U.S.C. § 12112, prohibits employers from firing employees as a result of an employee’s qualifying disability. Unscrupulous companies that focus more on their bottom line than the health and well-being of their employees will often terminate employees to avoid paying the cost of medical care for injured or disabled employees and then fabricate some pretextual reason for the termination. The civil court system is meant to bring out the truth of the matter by allowing wronged employees to obtain documents and testimony from the employer that illuminates the true reason for the employee’s adverse treatment. A federal appeals court in Florida recently handed down a decision supporting the ability of plaintiffs to obtain the necessary evidence to prove their discrimination claims.

The case titled Akridge v. ALFA Mutual Insurance Company was instituted by a former employee of the defendant insurance company following her termination. According to the company, the plaintiff was terminated because many of her job duties were being automated, rendering her position redundant. According to the plaintiff, however, she was terminated because the company did not want to continue paying for her treatments for multiple sclerosis (MS).

The plaintiff was diagnosed with MS a few years after beginning her career at the defendant insurance company. She took 10 weeks of temporary disability at the time of her diagnosis, which alerted the company of her condition. Despite her condition, however, the employee continued to excel at work. Performance reviews consistently showed that she not only continued to perform her necessary job duties but that she performed exceedingly well, receiving “exceeds expectations” commendations for years following her diagnosis.

Despite her excellence, she was eventually terminated. Following her termination, she filed a claim against the insurance company, alleging disparate treatment and disability discrimination under the ADA. According to the complaint, the company’s true reason for firing the plaintiff was to avoid paying health insurance costs relating to her MS treatments.

As part of the discovery process for her lawsuit, the plaintiff sought to depose a number of the company’s employees, including the then-Executive Vice President of Human Resources. The VP and the company refused to consent to the VP’s deposition, arguing that he had no involvement with the employee’s termination and did not consult with her immediate supervisors and the heads of her department concerning her termination. The plaintiff sought to compel the VP’s testimony, arguing that his position afforded him access to the employee’s personal information (including the costs of her medical care) and information regarding the company’s decision to eliminate her position. The court denied her motions to compel the VP’s testimony and granted summary judgment in favor of the defendant on the grounds that the plaintiff had not established a prima facie case of disability discrimination.

On appeal, the Eleventh Circuit overturned the lower court’s decision. The court reasoned: “[I]f a company terminates an employee in an effort to ‘cut costs,’ someone at that company must have access to information on how costly an employee is—including pay and benefits.” Those benefits include the cost of medical care. The VP the plaintiff sought to depose was the “decision maker” for the company’s ERISA employee benefit plan, and thus would have direct access to information concerning the company’s medical care expenses for various employees. If the plaintiff could show, for example, that she (and perhaps other employees with expensive medical care) were terminated while other similarly-situated employees who did not cost the company as much in medical care were not downsized, that would be evidence in support of a disability discrimination claim.