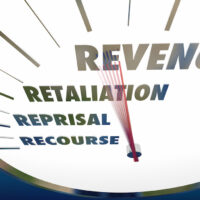 In a press release issued on June 22, 2020, the U.S. Equal Employment Opportunity Commission (EEOC) announced that it has filed a retaliation lawsuit against a Florida employer, Pediatric Health Care Alliance, P.A. (Pediatric Health). On June 22, 2020, the EEOC filed the retaliation lawsuit, U.S. Equal Employment Opportunity Commission v. Pediatric Health Care Alliance, P.A., Case No. 8:20-cv-01428, in the U.S. District Court for the Middle District of Florida after initially trying to resolve the case without the necessity of litigation through its lawfully required conciliation process. Unable to reach an acceptable conciliation agreement, the EEOC moved forward with attempting to address the alleged unlawful retaliation through litigation.

The EEOC has commenced the retaliation lawsuit pursuant to Title VII of the Civil Rights Act of 1964 (Title VII) on behalf of a former employee of Pediatric Health, Chelsea Jackson (Jackson). Title VII protects employees from sexually harassing behavior that is sufficiently severe or pervasive to alter the conditions of the victim’s employment and create a hostile work environment. Title VII also protects employees from retaliation when they complain about perceived sexual harassment in the workplace. The EEOC claims that Pediatric Health retaliated against Jackson for reporting sexual harassment by transferring her to an inconvenient location, reducing her job duties, limiting her earning potential, and thereby leaving her with no other choice but to resign. In this article, our Alachua County, Florida retaliation lawyers explain the EEOC’s allegations of illegal retaliation against Pediatric Health.

Pediatric Health is a pediatric medical practice with approximately fifty doctors across fourteen locations in the Tampa, Florida area. Jackson was employed by Pediatric Health as a nurse. From late 2017 to early 2018, according to the EEOC, Jackson was subjected to sexual harassment by a doctor named Tappan. On one occasion, while Jackson was sitting at her desk, Tappan allegedly approached Jackson from behind and forcefully pressed his groin against her back for several seconds. On another occasion, Tappan allegedly grabbed Jackson by her hip and firmly squeezed.

On March 8, 2018, Jackson reported Tappan’s unwanted sexual behavior to her direct supervisor. Following Jackson’s complaint, the supervisor arranged for Jackson and Tappan to work on opposite sides of the office to limit their interaction. On March 13, 2018, Jackson lodged a sexual harassment complaint against Tappan with the Director of Human Resources. After making this complaint, Jackson was informed by the Director of Human Resources that her complaint had been investigated and the company was unable to substantiate her allegations.

After providing Jackson with the results of the company’s investigation, Pediatric Health transferred Jackson to another office in Riverview, Florida. Jackson told Pediatric Health that she did not want to transfer, and that the transfer was unnecessary because her supervisor had already adjusted Jackson’s schedule to limit her interaction with Tappan. The Director of Human Resources, however, “made clear” that Jackson “did not have a choice.” The Director of Human Resources further explained that there was nothing they could do about Tappan, and that Jackson should transfer so that she could be more comfortable in her work environment.

Pediatric Health also informed Jackson that a new position had been created for her at the Riverview office. In this new role, rather than performing nursing duties as she had been doing, Pediatric Health relegated Jackson to sitting at the front desk, answering phones, and scheduling patient appointments. When Tappan became aware that Jackson was providing certain administrative assistance for his patients’ medical files, Jackson was instructed to stop and not perform any work on Tappan’s patients’ files.

The EEOC claims that by transferring Jackson to the Riverview office and stripping her of job duties in retaliation for complaining about sexual harassment by Tappan, Pediatric Health reduced Jackson’s earning capacity. Before the transfer, Jackson typically worked 40 to 42 hours per weeks and received overtime pay. After the transfer, however, Jackson was typically only allowed to work 36 to 40 hours per week and overtime pay was not permitted. By reducing her pay and stripping her of job duties, the EEOC claims that Jackson’s working conditions were so intolerable that she was forced to quit on May 8, 2018.

Fighting For Employees Who Assert Their Rights

The EEOC is the administrative agency of the United States charged with interpreting and enforcing federal employment laws prohibiting discrimination, harassment, and retaliation. In enforcing the federal employment laws, the EEOC is also authorized by federal law to file lawsuits on behalf of employees who have been sexually harassed or retaliated against for complaining about sexual harassment. In a press release issued on June 22, 2020 regarding the case, a regional attorney for the EEOC’s Miami, Florida District Office, Robert E. Weisberg, stated that the “EEOC will address employers who punish their employees for properly reporting inappropriate conduct, making the victim even worse off.” “That is illegal retaliation,” Mr. Weisberg explained, “and should not be tolerated.”

Based in Ocala, Florida and representing employees throughout Central Florida, our Alachua County, Florida retaliation attorneys have dedicated their practice to fighting on behalf of employees who have been retaliated against for complaining about discrimination or harassment in the workplace. If you have been retaliated against for asserting your rights under the federal employment laws or have questions about your protection from retaliation under the federal employment laws, please contact our office for a free consultation with our Gainesville, Florida retaliation lawyers. Our employment and labor law attorneys take retaliation cases on a contingency fee basis. This means that there are no attorney’s fees incurred unless there is a recovery and our attorney’s fees come solely from the monetary award that you recover.