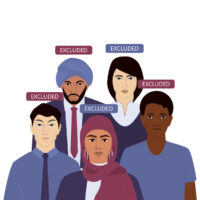 The EEOC brought the national origin discrimination and retaliation lawsuit pursuant to Title VII of the Civil Rights Act of 1964 (Title VII) on behalf of a former employee of Wild Fork Foods, Belan Estacio (Estacio). Under Title VII, employees are protected against discrimination on the basis of national origin. In Espinoza v. Farah Manufacturing Company, Inc., 414 U.S. 86 (1973), the U.S. Supreme Court defined national origin as the “country where a person was born, or, more broadly, the country from which his or her ancestors came.”  This means that employees are protected from discrimination based on where they were born or from where their ancestors came.

Title VII also contains an anti-retaliation provision. Under Title VII, employees are protected from retaliation when they lodge a complaint of national origin harassment. This means that an employer cannot demote, fail to promote, cut the pay, discipline, suspend, or discharge an employee because the employee complained about perceived national origin harassment in the workplace.

Wild Fork Foods operations retail locations selling frozen food products. In June 2018, Estacio began working for Wild Fork Foods at its store in Miami, Florida. During her employment, according to the EEOC, Estacio was subjected to “severe and pervasive slurs regarding Hispanic people.” The relentless slurs “regarding Hispanic people,” the EEOC contends, created a hostile working environment based on Estacio’s national origin. The EEOC alleges that Estacio complained to human resources personnel about the discriminatory harassment. However, the EEOC maintains, Estacio’s complaint “resulted in her being retaliated against and being subjected to intensified harassment” based on her national origin. Because the discriminatory harassment continued despite her complaint, the EEOC contends that Estacio’s working conditions were so intolerable that she was compelled to quit on November 29, 2018 in order to escape the hostile working environment.

The EEOC, which is an administrative agency of the federal government, is responsible for interpreting and enforcing the federal employment laws making discrimination, harassment, and retaliation unlawful employment practices. In order to preserve and protect the rights of employees under the federal employment laws, the EEOC files lawsuits in federal court on behalf of employment discrimination victims, including national origin discrimination victims. In a press release issued by the EEOC on May 4, 2021 regarding the case, the Director of the EEOC’s Miami District Office, Paul Valenti, explained that “the failure by employers to effectively address discriminatory hostile work environments remains a persistent problem in the workplace.”