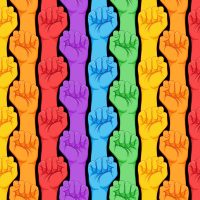 In a press released issued on August 3, 2021, the EEOC announced that a jury has awarded $500,000 in punitive damages in a discriminatory failure to promote case to a female sales manager at a Harley-Davidson. On August 20, 2018, the EEOC filed the gender discrimination lawsuit, U.S. E.E.O.C. v. Cigar Store Motors, Inc., Tallahassee CCM, LLC, Gulf Coast CCM, Inc., and Panama Beach City Cycles, LLC, Case No. 8:18-cv-02055, in the U.S. District Court for the Middle District of Florida, Tampa Division.

The EEOC brought the gender discrimination lawsuit under Title VII of the Civil Rights Act of 1964 (Title VII) on behalf of a former employee of Cigar Store Motors, Inc., Tallahassee CCM, LLC, Gulf Coast CCM, Inc., and Panama Beach City Cycles, LLC (collectively, CCM Companies), Virginia Duncan (Duncan). Under Title VII, discrimination against employees on the basis of gender is forbidden in all aspects of employment, including hiring, demotion, promotion, and discharge. The EEOC contends that Cigar Store Motors, Inc. (Cigar Store Motors) violated Title VII by failing to promote Duncan to the position of general manager because of her gender. According to the EEOC’s press release, the jury returned a unanimous verdict finding that Cigar Store Motors denied Duncan promotion because of her gender and awarded punitive damages in the amount of $500,000.

In a press release issued on August 3, 2021, regarding the case, a trial attorney for the EEOC, Brandi Meredith, observed that “this is a victory for women who work to prove themselves and break glass ceilings in male-dominated industries.” In commenting on the case, a regional attorney for the EEOC’s Miami District Office, Robert E. Weisberg, stated that “the jury’s verdict should serve as a wake-up call to the automotive industry, including Harley-Davidson dealerships, that they are not exempt from federal laws which make workplace sex discrimination unlawful.”