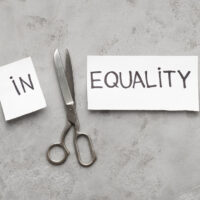 In a press release issued on September 17, 2020, the U.S. Equal Employment Opportunity Commission (EEOC) announced that it has filed a religious discrimination lawsuit against Frito-Lay, Inc. (Frito-Lay). On September 16, 2020, the EEOC filed the lawsuit, U.S. Equal Employment Opportunity Commission v. Frito-Lay, Inc., Case No. 9:20-cv-81689, in the U.S. District Court for the Southern District of Florida. Before commencing federal court legal proceedings, the EEOC complied with its statutory obligation to initially attempt to resolve the alleged unlawful employment practices through conciliation. Conciliation efforts unable to secure an acceptable agreement, the EEOC then elected to resolve the alleged unlawful employment practices by filing suit in federal court. In this article, our Citrus County, Florida lawyers for wrongful termination victims explain the EEOC’s allegations of unlawful religious discrimination against Frito-Lay.

The EEOC claims that Frito-Lay violated Title VII by failing to provide Toussaint with a reasonable accommodation for his religious beliefs and subsequently firing Toussaint because of his religion.

Frito-Lay manufactures, distributes, and markets snack products. Toussaint is a practicting Seventh-Day Adventist. In May 2018, Frito-Lay hired Toussaint to work as a warehouse employee at its warehouse in West Palm Beach, Florida. In April 2019, Toussaint was promoted to Route Sales Representative. Toussaint began his training for the new position on April 15, 2019. On April 20, 2019, Toussaint was baptized as a Seventh-Day Adventist. His baptism required him to abstain from secular work and business on Saturday—his Sabbath.

After his baptism, Toussaint informed a District Manager for Frito-Lay that he had been baptized as a Seventh-Day Adventist and would not be able to work on Saturdays due to his religious beliefs. In response to Toussaint’s request for a reasonable accommodation, the District Manager informed Toussaint that he was required to train on Saturdays or he would be fired. On May 5, 2019, Toussaint submitted a religious accommodation request form to the Human Resources Department requesting all Saturdays off due to his religious beliefs. On May 20, 2019, Frito-Lay denied Toussaint’s religious accommodation request that was submitted to the Human Resources Department.

The EEOC is the administrative agency of the United States charged with the obligation under federal law for interpreting and enforcing federal employment laws prohibiting discrimination, harassment, and retaliation. In protecting employees against unlawful discriminatory employment practices, the EEOC files lawsuits on behalf of employment discrimination victims. In a press release issued by the EEOC on September 17, 2020 regarding the case, a regional attorney for the EEOC’s Miami District Office, Robert Weisberg, explained that an “employer is obligated to accommodate an employee’s religious beliefs, for example, by providing a schedule change, when it would cause no undue hardship.” “For an employer to only schedule the worker to work on Saturdays,” Mr. Weisberg added, “when it knows he cannot due to his religious beliefs, violated federal law.” In commenting on the case, the Acting Director of the EEOC’s Miami District Office, Bradley A. Anderson, observed that “religious freedom is at the very heart of this country, and it’s vital to protect that right in the workplace.” “This lawsuit,” Mr. Anderson stated, “demonstrates that the EEOC stands ready to protect employees against discrimination based on their religion.”

Based in Ocala, Florida and representing employees throughout Central Florida, our Citrus County, Florida attorneys for wrongful termination victims have fought for the rights of Florida employees for more than twenty years. If you have been wrongfully fired or have questions about your employee rights under the federal anti-discrimination laws, please contact our office for a free consultation with our Inverness, Florida lawyers for wrongful termination victims. Our employee rights law firm takes wrongful termination cases on a contingency fee basis. This means that there are no attorney’s fees incurred unless there is a recovery and our attorney’s fees come solely from the monetary award that you recover.