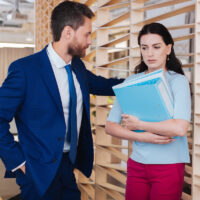 In a press release issued on September 10, 2020, the U.S. Equal Employment Opportunity Commission (EEOC) announced that it has filed a sexual harassment and retaliation lawsuit against Chipotle Mexican Grill, Inc. (Chipotle). On September 9, 2020, the EEOC filed the case, U.S. Equal Employment Opportunity Commission v. Chipotle Mexican Grill, Inc.,Case No. 8:20-cv-02128, in the U.S. District Court for the Middle District District of Florida after initially attempting to resolve the case through its statutory mandated conciliation process. Unable to reach an acceptable agreement through conciliation, the EEOC elected to address the alleged unlawful employment practices by filing the lawsuit.

In November 2017, Jerome began working for Chipotle at its restaurant in Orlando, Florida as a crew member. Jerome participated in a fast-track management program that rotated her quickly through various positions in the restaurant so that she would become an apprentice manager. At the time of her termination, Jerome was working as the restaurant’s Service Manager. In this position, Jerome was supervised by the Apprentice Manager and General Manager.

From March 2018 to May 2018, according to the EEOC, Jerome was subjected to unwanted sexually harassing behavior by a kitchen crew member, a man named Avila. The unwanted sexually harassing behavior by Avila towards Jerome included repeated sexually charged remarks, such as making explicit sexual propositions and remarks about her breasts. Avila’s sexually charged remarks were frequent, occurring two to four times a week. Avila’s unwanted sexual behavior ultimately escalated to physical touching, including touching Jerome’s buttocks and rubbing up against her as she passed by during work shifts.

Starting in April 2018, Jerome reported Avila’s sexual comments and physical touching to Chipotle management, including the Apprentice Manager and General Manager, at least four times. Despite her multiple complaints, Chipotle did not investigate the allegations or take any corrective action against Avila. As a result, Avila’s sexual harassment continued. On May 14, 2018, Avila sexually assaulted Jerome in the workplace on two occasions. Jerome immediately reported the sexual assaults to the Apprentice Manager. Together, Jerome and the Apprentice Manager reported the sexual assaults to the General Manager, who assured Jerome that appropriate steps would be taken to investigate and resolve her complaint.