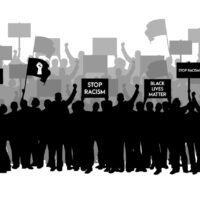 In July of 2020, three black employees at a McDonald’s in Lakeland, Florida filed a lawsuit alleging that the corporate-owned restaurant was engaging in a pattern and practice of racial harassment, racial discrimination, and retaliation. According to the lawsuit, the company exposed the plaintiffs to a “racially hostile work environment” and punished them after they brought complaints.

They described a general manager who made racist comments and engaged in racially-charged behavior, including the following:

When the employees complained to corporate representatives about the GM’s behavior, they were punished. The plaintiffs were forced to engage in physically difficult tasks such as sweeping the parking lot and cleaning under the grill, which were not part of their normal work tasks. They also allege their hours were reduced and that they were slapped with a variety of “trumped-up” disciplinary charges for conduct that other employees were not punished for.

Two of the employees involved in the lawsuit were exposed to COVID-19 over the summer and went into quarantine leave. The employees claim that when they returned from quarantine, they were then fired. Attorneys for the two employees amended their complaint against the company to allege wrongful termination and retaliation, asserting that they were fired as a direct result of having filed their lawsuit earlier in the year. One employee was fired the day she got returned to work from quarantine, while the other was fired several days later.

McDonald’s claims that the employees were terminated for reasons unrelated to the lawsuit. The amended complaint alleges that while one employee was fired for alleged “insubordination,” in reality, he was set up for failure. He was written up for minor infractions like having a missing name tag, mistakes that other employees were never punished for. Plaintiffs allege that treatment of the two employees is symptomatic of widespread problems across McDonald’s corporate locations, even as another lawsuit alleging workplace discrimination was filed against McDonald’s in Rock Island, Ill.