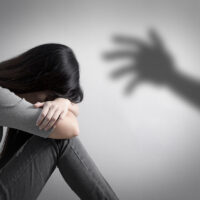 The EEOC brought the sexual harassment and retaliation lawsuit under Title VII of the Civil Rights Act of 1964 (Title VII) on behalf of a former employee of O’Reilly, India McCoy (McCoy). Under Title VII, sexually harassing behavior that is sufficiently severe or pervasive to alter the conditions of the victim’s employment and create an abusive working environment is an unlawful discriminatory employment practice. As part of the protection afforded to sexual harassment victims, Title VII also forbids employers from retaliating against employees for complaining about perceived sexual harassment in the workplace. The EEOC claims that O’Reilly violated Title VII by creating and maintaining a sexual hostile work environment. The EEOC further claims that O’Reilly violated Title VII by retaliating against McCoy for complaining about the sexual harassment she endured in the workplace.

O’Reilly, which is based in Springfield, Missouri, is a retail distributor of automotive parts. In August 2015, McCoy began working for O’Reilly as a delivery driver at its store in Orlando, Florida. The EEOC claims that McCoy toiled in a wretchedly hostile work environment because of the sexual behavior by a manager of the store where she worked. The manager’s unwanted sexually harassing behavior towards McCoy, according to the EEOC, included sexual propositions, sexual touching, and sexually-charged comments. The EEOC contends that the manager’s sexual harassment of McCoy escalated from the time she was hired until late November 2015, when one day the supervisor grabbed McCoy’s crotch and another day when the supervisor brushed his penis against her buttocks.

McCoy returned to work and told the store manager that an employee from the corporate office told her that she had not been terminated. The store manager told McCoy that she had been “rehired.” Once McCoy returned to workplace, the manager’s sexually harassing behavior towards her resumed. In April 2016, McCoy made a complaint about the manager’s sexual harassment to the corporate office. In May 2016, O’Reilly sent employees to the store to investigate. However, the EEOC alleges, the employees who interviewed McCoy laughed at her during the interview. The investigation, according to the EEOC, was not kept confidential.

After the investigation, the EEOC asserts, the manager began retaliating against McCoy. The manager’s alleged retaliatory acts against McCoy included refusing to provide her with work-related assistance, refusing to answer her calls, sending her on deliveries with the wrong parts, and changing her schedule. On June 30, 2016, McCoy was presented with a final warning. On August 1, 2016, McCoy quit because of the on-going sexual harassment and retaliation.
In early December 2015, McCoy complained to the store manager about the unwelcome sexually harassing behavior. Immediately after McCoy complained about the sexual harassment, the store manager told McCoy to go home. McCoy called the store manager every day to ask if she could return to work. After approximately four days, the store manager told McCoy that “corporate” had decided to terminate her employment. When McCoy called “corporate” to ask if she had been terminated, the employee she spoke with told her that there was no record of her being fired.

The EEOC, which is an administrative agency of the federal government and created by federal law, is responsible for interpreting and enforcing the federal employment laws prohibiting discrimination, harassment, and retaliation. In fulfilling its statutory mission of protecting and vindicating employee rights, the EEOC files lawsuits in federal court on behalf of employment discrimination victims, including employees required to work in a sexually hostile environment.

In a press release issued by the EEOC on March 29, 2021 regarding the case, a regional attorney for the EEOC’s Miami District Office, Robert Weisberg, stated that “this resolution provides justified relief to the victims of O’Reilly’s discrimination and seeks to implement needed policies and practices at O’Reilly to prevent future harassment and retaliation.” In commenting on the case, the Director of the EEOC’s Miami District Office, Paul Valenti, explained that “victims of sex harassment suffer emotionally and economically.” “The EEOC will continue to combat workplace harassment and retaliation,” Mr. Valenti added, “so that employees are not made to endure these injustices.”