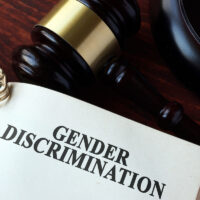 On April 9, 2020, the U.S. Equal Employment Opportunity Commission (EEOC) issued a press releasing announcing that it has filed a gender discrimination lawsuit against LTI Services, LLC (LTI). On April 9, 2020, the EEOC filed the case, U.S. Equal Employment Opportunity Commission v. LIT Services, LLC, Case No. 1:20-cv-00304, in the U.S. District Court for the Northern District of Indiana after initially trying to obtain a pre-litigation resolution of the case through its lawfully mandated conciliation process.

The EEOC has filed the gender discrimination lawsuit pursuant to Title VII of the Civil Rights Act of 1964 (Title VII) on behalf of women who submitted job applications to LTI. Under Title VII, it is an unlawful employment practice for employers to discriminate against employees and job applicants on the basis of sex or gender. The EEOC claims that LIT refused to hire qualified females for a receiving associate position in violation of Title VII. In this article, our Marion County, Florida employee rights attorneys explain the EEOC’s allegations LTI.

As an example of LTI’s alleged discriminatory sex-based hiring practices, the EEOC points to Khalia Gilliam’s (Gilliam) attempts to be hired for the receiving associate position. Gilliam applied with LTI for the Tire Rack position online and in-person. When she applied, Gilliam had years of experience working in assembly, machine operation, and quality control. When she applied in-person, one of LTI’s recruiters tried to steer her away from the Tire Rack position, attempting to dissuade her from applying. Even after multiple follow-ups with LTI, Gilliam was not interviewed or selected for the Tire Rack position.

The EEOC is the administrative agency of the United States responsible for interpreting and enforcing federal laws prohibiting employment discrimination, including sex or gender discrimination. In enforcing the federal anti-discrimination laws, the EEOC is also authorized by federal law to bring lawsuits on behalf of job applicants and employees who have been unlawfully discriminated against on the basis of their sex or gender. In a press release issued by the EEOC on April 9, 2020 regarding the case, the Director for the EEOC’s Indianapolis District Office, Michelle Eisele, explained that “rejecting qualified female applicants based on their sex is unquestionably a violation of federal law.” “The EEOC is here to defend the victims,” Ms. Eisele added, “of such unlawful practices.” In commenting on the case, a regional attorney for the EEOC’s Indianapolis District Office, Kenneth Bird, stated that “employers who use an applicant’s gender as the basis for their hiring decisions are clearly practicing unlawful discrimination and are liable to investigation and litigation.”