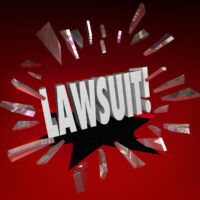 In a press release issued on August 5, 2020, the U.S. Equal Employment Opportunity Commission (EEOC) announced that it has filed a national origin discrimination and retaliation lawsuit against Trafficade Services, Inc. (Trafficade). On August 4, 2020, the EEOC filed the case, U.S. Equal Employment Opportunity Commission v. Trafficade Services, Inc., Case No. 2:20-cv-01545, in the U.S. District Court for the District of Arizona after first attempting to remedy the alleged unlawful employment practices through its statutorily mandated conciliation process. Unable to reach an agreement through its conciliation efforts, the EEOC exercised its statutory right to address the alleged unlawful employment practices through litigation.

The EEOC filed the national origin and retaliation lawsuit pursuant to Title VII of the Civil Rights Act of 1964 (Title VII) on behalf of two former employees of Trafficade, Pedro Gastelum (Gastelum) and Uribe Rodriguez (Rodriguez). Under Title VII, employees are protected from discrimination on the basis of national origin. In

414 U.S. 86 (1973), the U.S. Supreme Court ruled that the term “national origin” as used in Title VII means the “country where a person was born, or, more broadly, the country from which his or her ancestors came.” Title VII also protects employees from retaliation when they complain about perceived national origin discrimination in the workplace.
The EEOC claims that Trafficade subjected Gastelum and Rodriguez to hostile work environment harassment based on national origin and retaliated against them for complaining about the harassment. In this article, our Marion County, Florida employment discrimination lawyers explain the EEOC’s allegations of national origin discrimination and retaliation against Trafficade.

In 2015, Rodriguez, who is Mexican-American, began working for Trafficade as a yard worker. In 2016, Gastelum, who is Mexican-American, commenced his employment with Trafficade as a yard worker. Throughout their employment, according to the EEOC, Rodriguez and Gastelum were subjected to a sustained campaign of harassment based on their national origin by three supervisory-level employees. The discriminatory harassment against by the supervisors against Rodriguez and Gastelum included: subjecting them to racial slurs, such as calling them “stupid Mexicans” and “wetbacks”; subjecting them to abusive language, such as repeatedly cursing at them; and instructing them to return to work before their breaks were over. The hostile work environment harassment also involved physically abusive behaviors towards Rodriguez and Gastelum, including throwing rocks at them and lowering a forklift on their fingers. The EEOC further alleges that Rodriguez was singled out for unnecessary and baseless random drug screenings.

The EEOC alleges that after they filed charges of discrimination with the EEOC, Trafficade began retaliating against Rodriguez and Gastelum. For example, the Vice President of Operations told Gastelum that the the EEOC “would not help them.” The EEOC further claims that the discriminatory harassment against Rodriguez and Gastelum “increased” after they complained to the EEOC. The EEOC claims that Trafficade’s retaliation culminated in Gastelum’s termination in November 2017 and Rodriguez’s termination in June 2018.

The EEOC is the administrative agency of the United States responsible for interpreting and enforcing federal employment laws prohibiting discrimination, harassment, and retaliation. As part of its authority in enforcing the federal employment laws, Congress has also granted the EEOC the right to file lawsuits on behalf of employees who have been subjected to unlawful discrimination or retaliation. In a press release issued by the EEOC on August 5, 2020 regarding the case, a regional attorney for the EEOC’s Phoenix District Office, Mary Jo O’Neill, stated that “physical and verbal harassment based on national origin is illegal.” Consequently, Ms. O’Neill explained, “employers cannot allow their employees to harass workers because of their place of origin or their ancestors’ place of origin.” In commenting on the case, the Director of the EEOC’s Phoenix District Office, Elizabeth Cadle, stated that “employers must make sure that their employees feel safe coming forward to report harassment.” Moreover, Ms. Cadle added, employers “must take complaints of harassment seriously, investigate them thoroughly, and make sure that appropriate action is taken.”