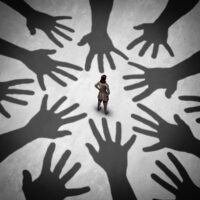 On January 11, 2021, the U.S. Equal Employment Opportunity Commission (EEOC) issued a press release announcing that it has entered into a Consent Decree to settle a sexual harassment and retaliation lawsuit against MVM, Inc. (MVM). On June 14, 2017, the EEOC filed the sexual harassment and retaliation lawsuit, U.S. Equal Employment Opportunity Commission v. MVM, Inc., Case No. 1:17-cv-02881, in the U.S. District Court for the District of Maryland. Before seeking to vindicate employees’ rights in federal court, the EEOC first sought to resolve the case through its conciliation. Conciliation efforts unable to resolve the case, the EEOC elected to address the alleged discriminatory employment practices through litigation.

In the Consent Decree, which was entered by U.S. District Court Judge Theodore D. Chuang on January 8, 2021, MVM agreed to pay $200,000 to resolve the sexual harassment and retaliation lawsuit. In this article, our Sumter County, Florida sexual harassment lawyers explain the EEOC’s allegations of unlawful discriminatory employment practices against MVM.

MVM is a security services company based in Ashburn, Virginia. In August 2014, the Social Security Administration (SSA) awarded MVM a contract to provide security services for its Woodlawn campus. MVM inherited employees from SSA’s previous contract, including Wilson. The EEOC alleges that Wilson was subjected to a sustained campaign of unwanted sexually harassing behavior by MVM’s Site Manager at the Woodlawn campus. The alleged sexual conduct by the Site Manager towards Wilson included sexual remarks, sexual propositions, and physical touching. The Site Manager’s sexual behavior, the EEOC contends, continued despite Wilson’s protests. The EEOC further alleges that the Site Manager sexually harassed other female employees at the Woodlawn campus. According to the EEOC, the Site Manager’s sexual behavior towards other female employees included remarks about their bodies, sexual propositions, requests for explicit pictures, and physical touching.

The EEOC maintains that the Site Manager’s sexual harassment of Wilson culminated on February 18, 2016, when the Site Manager cornered Wilson on an elevator, grabbed her face, and kissed her lips without her consent. After this incident, Wilson lodged a complaint with management and identified several witnesses who would be able to corroborate certain facts leading up to the assault. On February 29, 2016, a member of MVM’s management questioned Wilson about her complaint, during which time Wilson disclosed that the Site Manager may have harassed other women. At no time, the EEOC asserts, did the member of management interview any of Wilson’s witnesses. On March 1, 2016, directly on the heels of Wilson’s sexual harassment complaint, MVM terminated Wilson’s employment.

The EEOC, which is an administrative agency of the federal government, is responsible for interpreting and enforcing the federal anti-discrimination laws, including Title VII. In seeking to fulfill its statutory mission of eradicating sexual harassment from the American workplace, the EEOC files lawsuits on behalf of employees required to work in a sexually hostile work environment. In a press release issued by the EEOC on January 11, 2021 regarding the case, a regional attorney for the EEOC’s Philadelphia District Office, Debra Lawrence, observed that “MVM’s Site Manager exploited his authority by making unwanted sexual advances towards subordinates.” “MVM management made the situation worse,” Ms. Lawrence pointed out, “by ignoring the manager’s ongoing conduct and firing a harassment victim for complaining.” In commenting on the case, the Director of the EEOC’s Philadelphia District Office, Jamie R. Williamson, stated that “when an employer knew or should have known about sexual harassment, it cannot escape liability by simply relying upon the promulgation of an anti-harassment policy.” Rather, Mr. Williamson explained, “the employer has an affirmative duty to take actions reasonably calculated to prevent and remedy the harassment.”