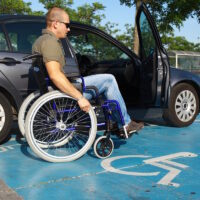 In a press release issued on October 9, 2020, the U.S. Equal Employment Opportunity Commission (EEOC) announced that it has filed a disability discrimination lawsuit against Jordan Carriers, Inc. (Jordan Carriers). On October 8, 2020, the EEOC filed the case, U.S. Equal Employment Opportunity Commission v. Jordan Carriers, Inc.,Case No. 5:20-cv-00191, in the U.S. District Court for the Southern District of Mississippi after attempting to resolve the case through its statutorily mandated conciliation process. Unable to settle the case through conciliation, the EEOC has endeavored to remedy the alleged unlawful employment practices through litigation.

On September 24, 2017, Haley completed an online application for an over-the-road truck driver position with Jordan Carriers. Haley, according to the EEOC, possessed the requisite qualifications for the position. Jordan Carriers offered Haley the position contingent upon completion of a pre-employment screening, including a physical examination, to be conducted at Jordan Carriers’ facility.

During his pre-employment screening on October 1, 2017, Haley informed Jordan Carriers that he had suffered a back injury approximately fourteen years ago. Immediately after he disclosed his prior back injury, Haley was called into the office where a Jordan Carrier employee told him that he would not be hired because of his past medical history. Haley asked the employee three times that he be allowed to undergo a physical examination to prove his capabilities and fitness for the job, but the employee refused, stating: “we have enough information to make a judgment” and “the company does not want to take a chance on you.” The employee then told Haley to leave, rescinding the company’s conditional offer of employment after learning of Haley’s prior back injury.

The EEOC is the administrative agency of the United States responsible for interpreting and enforcing federal labor laws making discrimination, harassment, and retaliation unlawful employment practices. In order to facilitate the elimination of unlawful employment practices from the American workplace, the EEOC brings lawsuits on behalf of job applicants and employees who have been unlawfully discriminated against in violation of the federal labor laws. In a press release issued by the EEOC on October 9, 2020 regarding the case, a regional attorney for the EEOC’s Birmingham District Office, Marsha Rucker, stated that the “ADA requires that people with disabilities be evaluated on their ability to perform the job, not on stereotypes or assumptions.” “An employer cannot assume an applicant is incapable of performing the job duties based on applicant’s medical history,” Ms. Rucker explained, “but is required by law to make the assessment based on his or her present abilities.”

Based in Ocala, Florida and representing employees throughout Central Florida, our Marion County, Florida labor law attorneys have litigated labor law cases in Florida courts for more than two decades. If your employee rights have been violated or you have questions about your rights as an employee under the federal labor laws, please contact our office for a free consultation with our Ocala, Florida labor law lawyers. Our employee rights law firm takes labor law cases on a contingency fee basis. This means that there are no attorney’s fees incurred unless there is a recovery and our attorney’s fees come solely from the monetary award that you recover.