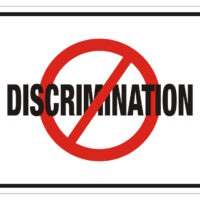 Job Applicant Claims Not Hired Based On Age

After the interview, Advance Staffing contacted United Precision on August 17, 2017 by email to follow up on Gray’s interview. On August 21, 2017, the Plant Superintendent responded to Advance Staffing’s email and indicated that he was concerned that Gray did not have the desire to be in the workforce long-term. Later that same day, Advance Staffing emailed a reply to the Plant Superintendent informing him that Gray intended to work for at least another ten years. United Precision never responded to this email and never hired Gray. Having asked and learned Gray’s age during the job interview, and having remarked about hiring Gray being a concern because he allegedly did not intend to stay in the workforce long-term, the EEOC contends that United Precision violated the ADEA by denying to hire Gray because of his age.

The EEOC, which is an administrative agency of the federal government, is responsible for interpreting and enforcing the federal employment laws prohibiting discrimination, harassment, and retaliation. As part of its efforts to eradicate employment discrimination and take action against employers who discriminate against employees or job applicants on the basis of age, the EEOC brings lawsuits on behalf of age discrimination victims. In a press release issued by the EEOC on February 9, 2021 regarding the case, an attorney for the EEOC, Dale Price, observed that “the ADEA is clear—an employer cannot ask an applicant his age and then refuse to hire him because it learns he is any particular age.”