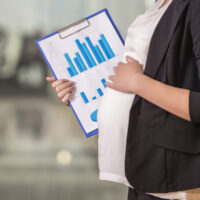 The EEOC filed the pregnancy discrimination case under Title VII of the Civil Rights Act of 1964, as amended by the Pregnancy Discrimination Act (PDA), on behalf of a former employee of U.S. Security, Terrica Bailey (Bailey). The PDA protects women from discrimination on the basis of pregnancy, childbirth, or related medical conditions. Under the PDA, employers are forbidden from requiring pregnant employees to take a leave of absence so long as they are able to perform the essential duties of the their job. The EEOC claims that U.S. Security discriminated against Bailey because of her pregnancy in violation of the PDA.

In February 2017, Bailey began working for U.S. Security as a security guard. Bailey was assigned to work at the main gate at an ExxonMobile worksite in Baton Rouge, Louisiana. In June 2017, Bailey informed her male supervisors that she was pregnant. In July 2017, Bailey began having morning sickness due to her pregnancy, which lasted for only a couple of weeks. While she was experiencing morning sickness, Bailey was replaced at ExxonMobile’s main gate by a less experienced, less qualified male employee and reassigned to a more strenuous post. Bailey did not want or request the reassignment.

On her first day at her new assignment in late July 2017, Bailey reported to U.S. Security that she was experiencing a physical strain due to the more strenuous duties associated with her new assignment. U.S. Security instructed her to obtain a doctor’s note regarding any restrictions and need for accommodation she may have, and to request another post. Bailey, who never wanted to leave the main gate, did as she was told to keep her job. On July 30, 2017, Bailey requested to be moved to a less strenuous position, which would have included her previous assignment at the main gate. The request was supported by a doctor’s note.

Pregnant Employee Not Allowed To Work

Instead of returning to her previous position, U.S. Security took Bailey off the schedule entirely in August 2017 and refused to allow her to work in any position. Bailey’s supervisors told her to contact the branch office for reassignment to a different location or work site. Bailey did as she was instructed, but her repeated calls to the local branch manager for U.S. Security were unanswered.

On August 18, 2017, Bailey visited the branch office to inquire in person about returning to work and was told that she “basically quit” her job by submitting her written transfer request and doctor’s note regarding what U.S. Security referred to as “light duty.” Bailey asked what she could do to return to work. U.S. Security told her that she would have to obtain a doctor’s note clearing her to return to work without restriction. That same day, Bailey provided U.S. Security with a note from her doctor stating that she was allowed to work while pregnant with no restrictions.

U.S. Security, according to the EEOC, ignored Bailey’s full medical release, insisted that she requested an “accommodation,” and demanded that she submit a request and documentation for medical leave, or, in the alternative, another “accommodation.” During written and verbal exchanges from September 21, 2017 through October 3, 2017, Bailey repeatedly informed U.S. Security that she did not want leave or any other accommodation because she had been fully released to return to work. Despite her multiple requests, U.S. Security refused to ever permit Bailey to return to work. Instead, U.S. Security fired Bailey on October 11, 2017 for alleged “inactivity.”

The EEOC, which is an administrative agency of the federal government, is responsible for interpreting and enforcing the federal employment laws, including the PDA. In seeking to protect the rights of pregnant employees, the EEOC brings lawsuits on behalf of employees who have been discriminated against on the basis of pregnancy. In a press release issued by the EEOC on March 5, 2021 regarding the case, a regional attorney for the EEOC, Rudy Sustaita, explained that “employers must work with, not against, employees who are pregnant.”