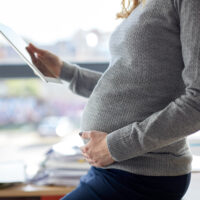 On December 29, 2020, the U.S. Equal Employment Opportunity Commission (EEOC) issued a press release announcing that it has entered into a Consent Decree resolving a pregnancy discrimination lawsuit against American Medical Response Ambulance Service, Inc. (AMR). On July 25, 2019, the EEOC filed the lawsuit, U.S. Equal Employment Opportunity Commission v. American Medical Response Ambulance Service, Inc., Case No. 2:19-cv-00258, in the U.S. District Court for the Eastern District of Washington. Before commencing legal proceedings in federal court, the EEOC first endeavored to settle the case through its statutory mandated conciliation efforts. Unable to resolve the case through its conciliation efforts, the EEOC exercised its statutory right to address the alleged unlawful discriminatory employment practices by filing the lawsuit.

AMR is a medical transportation company that provides community-based medical transportation services. In June 2014, Hall began working for AMR at its facility in Spokane, Washington. In December 2016, Hall became pregnant. On June 30, 2017, Hall requested a pregnancy-related accommodation. At that time, Hall was working as a Paramedic and Field Training Officer. Hall provided AMR with a note from her doctor advising AMR that Hall was restricted to light duty work, including a twenty pound lifting restriction and shifts no longer than twelve hours. That same day, AMR’s Regional Director denied Hall’s request for a pregnancy-related accommodation. The Regional Director informed Hall that there was no alternative work available at the time and further informed Hall that due to her work restrictions, she would need to take a medical leave of absence.

Hall could not afford being placed on unpaid leave. Later that same day on June 30, 2017, Hall provided AMR with a revised note from her doctor which only restricted her from working shifts longer than twelve hours. On July 3, 2017, AMR again denied Hall’s request for an accommodation. Instead, AMR’s Operations Manager instructed Hall to get another doctor’s note that cleared Hall to work full duty. The EEOC claims that AMR was required to provide Hall with the requested pregnancy-related accommodations because AMR provided non-pregnant employees who were injured on the job with light duty work or other job modifications. In accommodating non-pregnant employees with light duty work, the EEOC contends, AMR was required to provide Hall with the same accommodation. In refusing to do so and instructing Hall to take a medical leave of absence, the EEOC maintains, AMR engaged in unlawful pregnancy discrimination in violation of the PDA.

In a press release issued by the EEOC on December 29, 2020 regarding the case, a senior trial attorney for the EEOC’s San Francisco District Office, May Che, explained that “an employer must accommodate pregnant employees to the same extent that it accommodates other employees who are similar in their ability or inability to work.” “Pregnant workers should not be forced to chose between losing the ability to make a living,” Ms. Che added, “and risking the health and safety of their baby by being required to work without accommodation.” In commenting on the case, the Deputy Director of the EEOC’s San Francisco District Office, Nancy Sienko, observed that “pregnancy discrimination continues to be a persistent problem in the American workforce.” “Combating such unlawful conduct,” Ms. Sienko stated, “is a top priority for the EEOC and we will continue working to prevent and remedy it.”