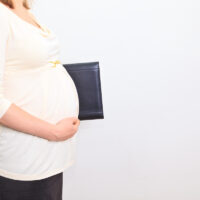 In a press release issued on July 1, 2020, the U.S. Equal Employment Opportunity Commission (EEOC) announced that it has filed a pregnancy discrimination and retaliation lawsuit against NICE Systems, Inc. (NICE). On June 30, 2020, the EEOC filed the case, U.S. Equal Employment Opportunity Commission v. NICE Systems, Inc., Case No. 9:20-cv-81021, in the U.S. District Court for the Southern District of Florida after initially attempting to resolve the alleged unlawful employment practices through its lawfully mandated conciliation process. Unable to reach an acceptable conciliation agreement, the EEOC moved forward with attempting to remedy the alleged unlawful employment practices through litigation.

NICE is a software company. In August 2015, Malo began working for NICE as a salesperson. In April 2017, Malo informed her supervisor, a man named Harder, that she was pregnant. After disclosing her pregnancy, according to the EEOC, Malo was subjected to an on-going pattern of pregnancy-based discriminatory treatment.

During a sales meeting in September 2017, the EEOC alleges, Harder told employees that Malo “would not be receiving any new sales leads because of her condition—i.e., her pregnancy.” Harder also transferred the sales accounts of a departing employee to a male employee instead of Harder, even though Malo had been working with the departing employee on the sales accounts. Malo lodged a complaint with the Director of Human Resources about Harder’s discriminatory actions, but NICE took no remedial action in response to her complaint. After her complaint, Malo continued to endure pregnancy-based discriminatory abuse, including Harder’s refusal to assign her new sales leads that were in her sales territory. When she complained to the Vice President of Sales, Malo was told that she “was being too emotional because she was pregnant.”

The EEOC also contends that because of her pregnancy and complaints of pregnancy-based discriminatory treatment, NICE paid Malo a significantly less commission than was paid to male co-workers on a deal that she put together and did substantially more work than the male co-workers. The EEOC further contends that NICE punished Malo for taking maternity leave by reassigning her to a sales territory after her return from maternity leave that had no existing NICE accounts and was a territory where NICE’S competitors had the entire market. Thus, according to the EEOC, Malo was assigned to a sales territory with “little-to-no earning ability.”

Because of Harder’s discriminatory treatment, Malo sought a transfer to a different department so that Harder would no longer have the ability to impact her work and compensation. Malo’s transfer requests were denied. Despite her complaints of pregnancy discrimination, Harder continued with his refusal to assign Malo sales leads even when the leads were in her sales territory. Thus, the EEOC maintains that NICE “did nothing to address the complaints that Malo made about the discrimination she suffered” and “nothing changed after her complaints.” Having exhausted all available measures to end the discriminatory treatment and “faced with the reality that nothing was going to improve or change,” Malo was forced to resign in March 2018 in order to escape the intolerable work environment.

Pregnancy Should Not Derail A Woman’s Career

The EEOC is the administrative agency of the United States responsible for interpreting and enforcing federal employment laws prohibiting discrimination, harassment, and retaliation. In enforcing the federal employment laws, the EEOC is also authorized by federal law to bring lawsuits on behalf of victims of pregnancy discrimination and retaliation. In a press release issued by the EEOC on July 1, 2020 regarding the case, a regional attorney for the EEOC’s Miami, Florida District Office, Robert E. Weisberg, stated that “becoming pregnant should not derail a woman’s career.” “Although maternity leave is a comparatively small amount of time in a woman’s overall career span,” Mr. Weisberg explained, “many companies still take a short-sighted approach, failing to value the contributions women bring to the workplace.”