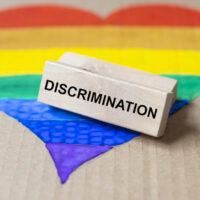 Having represented Florida workplace discrimination victims for more than twenty years, our Marion County, Florida, sexual orientation discrimination victims’ lawyers have learned not to hope for sudden, progressive changes in the law. Sometimes, we are pleasantly surprised. New President Joe Biden has wasted no time in fulfilling his promise to expand protections for LGBTQ individuals in schools, health care, the workplace, and other areas of American life. In his first week in office, he has already issued executive orders expanding protections for LGBTQ individuals and rescinding discriminatory practices put in place by the last administration. Continue reading to learn about the effects of President Biden’s week-one orders.

Last year, the Supreme Court of the United States issued a landmark decision in Bostock v. Clayton County.  The decision established that LGBTQ people are protected from employment discrimination under Title VII of the Civil Rights Act of 1964, ruling that discrimination “because of . . . sex” covers discrimination on the basis of gender identity and sexual orientation. The full impact of the decision was not entirely clear, however. The last administration read the ruling as narrowly as possible, applying only to covered employers. Moreover, the Justice Department under the previous administration was loath to implement and enforce the Court’s order. Under the new administration, there is no longer a question: All employers covered by Title VII are prohibited from discriminating based on the sexual orientation and gender identity of employees.

The President’s day-one executive order, moreover, makes clear that all laws that prohibit sex discrimination, “including Title IX of the Education Amendments of 1972 . . . the Fair Housing Act . . . and section 412 of the Immigration and Nationality Act . . . prohibit discrimination on the basis of gender identity or sexual orientation, so long as the laws do not contain sufficient indications to the contrary.” The order directs all federal agencies to implement and enforce the mandate of Bostock prohibiting discrimination in federal workplaces and reconsidering any rules or policies that permitted or encouraged gender identity or sexual orientation discrimination.

Just a few days later, the President went a step further and issued an order repealing the previous administration’s directive banning transgender Americans from serving in the military.  President Biden has demonstrated his commitment to eradicating discrimination in all aspects of American life, and our Ocala, Florida, employment discrimination attorneys look forward to furthering that agenda.

Based in Ocala, Florida, and representing employees throughout Central Florida, our Citrus County, Florida, sexual preference and gender identity discrimination attorneys have been fighting against unlawful employment practices for more than two decades. If you have been subjected to discrimination in the workplace based on your sexual orientation or gender identity, or have questions about your rights as a discrimination victim, please contact our office for a free consultation with our Lecanto, Florida, workplace discrimination lawyers. Our employment and labor law attorneys take sexual orientation cases on a contingency fee basis. This means that there are no attorney’s fees incurred unless there is a recovery and our attorney’s fees come solely from the monetary award that you recover.