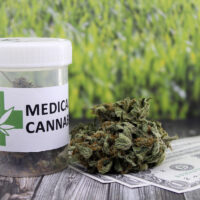 Marijuana legalization is quickly expanding across the country. Currently, the recreational use of cannabis is legal in 11 states, while medicinal marijuana is legal in 33 states as well as four out of the five U.S. territories and the District of Columbia. Cannabis, however, remains largely illegal under federal law, other than certain ingredients (certain types of THC and cannabidiol) which have received FDA approval for prescription treatment. Florida law permits the medicinal use of cannabis, although not recreational possession or use. Notwithstanding these legalizations, employers remain free to punish or even terminate employees who choose to use marijuana in their free time, even if that use is medicinal. Anti-discrimination laws protect Florida workers against discrimination based on disability, but it is not clear that medical marijuana use is protected. A senate bill currently working its way through the Florida legislature would change that.

A state senator proposed Florida Senate Bill 962 in response to numerous lawsuits filed by workers who were terminated from their jobs for cannabis usage. These workers and the lawmakers in support of the bill find it unjust that users of other prescription medications are protected from adverse employment actions while medical marijuana users apparently lack such clear protection for what is essentially prescription drug use.

The proposed bill incorporates protections found in laws in other states such as Arizona, Maine, and Minnesota. The bill would prohibit employers from discriminating against, firing, demoting, or taking any other adverse personnel action against any employees for testing positive for cannabis provided the employee is a card-carrying medical marijuana user.

If a worker tests positive for marijuana on a company drug test, the law would compel the employer to give the employee the chance to demonstrate that they have a prescription or medical marijuana card. If such a worker is terminated solely for the usage of marijuana, they would have the right to sue their employer for damages and reinstatement. The law would also place restrictions on the types of questions an employer could ask about an employee’s medical marijuana usage, in line with restrictions on employer conduct concerning other types of disabilities.

The bill would not protect employees from termination for using cannabis while at work or otherwise on the job. The proposed law also carries exceptions for workers in certain safety-sensitive industries, such as jobs involving operating heavy machinery, fighting fires, driving, carrying a firearm, handling hazardous materials, or taking care of children or medical patients. Additionally, employers could take action if they believe that the employee’s marijuana usage was affecting the quality of their work.