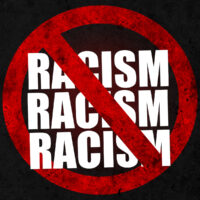 On March 25, 2020, the U.S. Equal Employment Opportunity Commission (EEOC) issued a press release announcing that it has entered into a Consent Decree to settle a racial harassment and retaliation lawsuit against G.N.T., Inc., d/b/a GNT Foods (GNT Foods). On September 14, 2017, the EEOC filed the case, United States Equal Employment Opportunity Commission v. G.N.T., Inc., d/b/a GNT Foods, Case No. 1:17-cv-03545, in the U.S. District Court for the Northern District of Georgia after initially attempting to reach a pre-litigation settlement through its statutorily mandated conciliation process. In the Consent Decree, which was signed by U.S. District Court Judge Mark H. Cohen on March 25, 2020, GNT Foods agreed to pay $60,000 to resolve the lawsuit.

GNT Foods is a grocery store located in East Point, Georgia. Bussey, Jones, and Evans, who are African-American, worked in the meat department at GNT Foods. The EEOC claims that the three employees were subjected to a sustained campaign of racially harassing behavior by the owner of GNT Foods. The EEOC alleges that the owner subjected the three employees to a steady barrage of racially offensive language, including racial slurs and calling them “monkey.” The EEOC further alleges that the owner subjected other African-American employees to racially derogatory language. The owner, according to the EEOC, also displayed posters with images of monkeys on them in the meat department where Bussey, Jones, and Evans worked. The EEOC contends that the owner removed the posters prior to a scheduled visit by an EEOC investigator. The racially offensive posters were allegedly returned to their place on the walls in the meat department immediately following the visit by the EEOC investigator.

The EEOC is the administrative agency of the United States responsible for interpreting and enforcing federal laws prohibiting employment discrimination, harassment, and retaliation. In enforcing the federal anti-discrimination laws, the EEOC is also authorized by federal law to bring lawsuits on behalf of employees who have been subjected to racially harassing behavior in the workplace. In a press release issued by the EEOC on March 25, 2020 regarding the case, a regional attorney for the EEOC’s Atlanta District Office, Antonette Sewell, explained that “employers have a duty to protect their workforce from racially offensive conduct and to take immediate corrective action when necessary.”