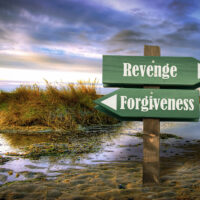 On September 3, 2020, the U.S. Equal Employment Opportunity Commission (EEOC) issued a press release announcing that it has entered into a Consent Decree to settle a race discrimination and retaliation lawsuit against Presbyterian Healthcare Services, d/b/a Lincoln County Medical Center (PHS). On August 25, 2020, the EEOC filed the case, U.S. Equal Employment Opportunity Commission v. Presbyterian Healthcare Services, d/b/a Lincoln County Medical Center,Case No. 1:20-cv-00655, in the U.S. District Court for the District of New Mexico after initially trying to resolve the case through its lawfully mandated conciliation process. Unable to resolve the case through conciliation, the EEOC endeavored to remedy the alleged unlawful employment practices by filing the lawsuit. In the Consent Decree, which was entered by the Court on September 2, 2020, PHS agreed to pay $150,000 to resolve the race discrimination and retaliation lawsuit.

In the first week of November 2018, Knoll-Billingsley lodged a complaint with a Human Resources Manager that she was being racially harassed by Whitley. On November 15, 2018, PHS placed Knoll-Billingsley on paid administrative leave pending the completion of its investigation into her race discrimination complaint. Although he was the subject of the complaint and investigation, PHS did not place Whitley on administrative leave.

The EEOC is the administrative agency of the United States responsible for interpreting and enforcing federal civil rights laws prohibiting discrimination, harassment, and retaliation in the workplace. As part of its mandate to enforce the federal civil rights laws, Congress has also authorized EEOC to file lawsuits on behalf of discrimination and retaliation victims. In a press release issued by the EEOC on September 3, 2020 regarding the case, a regional attorney for the EEOC’s Phoenix District Office, Mary Jo O’Neill, stated that “employers are responsible for preventing and remedying any racial harassment and discrimination toward employees.” “Employers will be held responsible when they do not protect employees from co-worker harassment, when they fail to provide non-discriminatory treatment of employees during their investigations into equal employment opportunity complaints,” Ms. O’Neill explained, “and when they retaliate against employees because of their EEO complaints.”

Based in Ocala, Florida and representing employees throughout Central Florida, our Citrus County, Florida retaliatory discharge attorneys have represented retaliation victims for more than two decades. If you have been retaliated against for complaining about discrimination in the workplace or have questions about your rights as a victim of retaliation, please contact our office for a free consultation with our Lecanto, Florida retaliatory discharge lawyers. Our employee rights law firm takes retaliatory discharge cases on a contingency fee basis. This means that there are no attorney’s fees incurred unless there is a recovery and our attorney’s fees come solely from the monetary award that you recover.