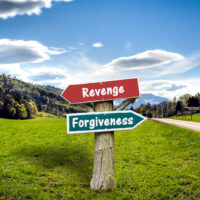 In a press release issued on October 19, 2020, the U.S. Equal Employment Opportunity Commission (EEOC) announced that it has entered into a Consent Decree resolving a retaliation lawsuit against Stan Koch & Sons Trucking, Inc. (Koch & Sons). On July 20, 2019, the EEOC filed the lawsuit, U.S. Equal Employment Opportunity Commission v. Stan Koch & Sons Trucking, Inc., Case No. 1:19-cv-1371, in the U.S. District Court for the District of Minnesota. Before filing the retaliation lawsuit in federal court, the EEOC first tried to reach a pre-litigation settlement through its voluntary conciliation process. Efforts to resolve the case having failed, the EEOC invoked its right under federal law to remedy the alleged unlawful employment practices through litigation.

In the Consent Decree, which was endorsed by U.S. District Court Judge Nancy E. Brasel on October 16, 2020, Koch & Sons agreed to pay $165,000 to settle the retaliation lawsuit. In this article, our Ocala, Florida lawyers for retaliation victims explain the EEOC’s allegations of unlawful retaliation against Koch & Sons.

The EEOC claims that Koch & Sons violated Title VII by refusing to rehire Nelson in retaliation for Nelson filing a charge of discrimination with the EEOC during her prior employment with Koch & Sons.

In July 2012, Nelson began working for Koch & Sons as a trucker. In April 2013, Nelson sustained a work-related injury. From April 2013 until July 2103, Nelson was on leave pursuant to Koch & Sons’ workers’ compensation program. On July 15, 2013, Koch & Sons required Nelson to take a CRT test as a condition of being allowed to return to work. The CRT test is an isokinetic apparatus that purports to measure an individual’s knee, shoulder, and trunk strength, range of motion, and endurance. On July 18, 2013, Koch & Sons discharged Nelson because she failed to achieve a passing score on the CRT test. At the time of her discharge, Koch & Sons informed Nelson that she was eligible to re-apply for employment with the company.

In December 2013, Koch & Sons received written notice from the EEOC that Nelson had filed a charge of discrimination with the agency against the company. Nelson’s EEOC charge of discrimination alleged that the company’s use of the CRT test discriminated against her on the basis of gender. In January 2104, Nelson inquired about re-applying for employment and was informed by Koch & Sons that there were no local driver positions available. In April 2014, Nelson applied for re-employment with Koch & Sons. At that time, according to the EEOC, there were at least two local driver positions available.

On April 9, 2014, Koch & Sons sent a letter to Nelson stating: “at this time, there remains a pending legal matter related to your prior employment. This is to advise you that your application has been placed on hold due to the pending legal matter. Once this is resolved, we expect to be back in touch with you.” The “pending legal matter” referenced in the letter, the EEOC contends, was the EEOC charge of discrimination filed by Nelson against Koch & Sons. On April 21, 2014, Nelson inquired about applying for re-employment with Koch & Sons via email to her former manager. Two days later, Koch & Sons sent Nelson an email stating the April 9, 2014 letter applied to all applications Nelson might submit for employment with the company.

The EEOC is the administrative agency of the United States charged with interpreting and enforcing federal employment and labor laws prohibiting discrimination, harassment, and retaliation. In fulfilling its mandate under federal law to eliminate unlawful employment practices from the American workplace, the EEOC files lawsuits on behalf of employment discrimination victims, including retaliation victims. In a press release issued by the EEOC on October 19, 2020 regarding the case, a regional attorney for the EEOC’s Chicago District Office, Gregory Gochanour, explained that “refusing to hire someone solely because she has filed a charge of discrimination with the EEOC is as clear a case of retaliation as you are ever going to see.” In commenting on the case, the Director of the EEOC’s Chicago District Office, Julianne Bowman, stated that “retaliation has a chilling effect that deters employees from coming forward to assert their rights and interferes with our mission to eradicate discrimination in the workplace.”

Based in Ocala, Florida and representing employees throughout Central Florida, our Marion County, Florida attorneys for retaliation victims have litigated retaliation and whistleblower cases in Florida courts for more than two decades. If you have been retaliated against for exercising your employee rights or have questions about your protection from retaliation under the federal employment and labor laws, please contact our office for a free consultation with our Ocala, Florida lawyers for retaliation victims. Our civil rights law firm takes retaliation and whistleblower cases on a contingency fee basis. This means that there are no attorney’s fees incurred unless there is a recovery and our attorney’s fees come solely from the monetary award that you recover.