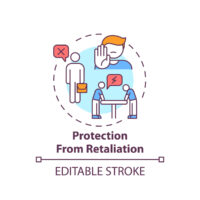 On March 12, 2021, the U.S. Equal Employment Opportunity Commission (EEOC) issued a press release announcing that it has entered into a Consent Decree settling a disability discrimination and retaliation lawsuit against Valley Tool, Inc. (Valley Tool). On June 17, 2019, the EEOC filed the lawsuit, U.S. E.E.O.C v. Valley Tool, Inc., Case No. 3:19-cv-00140, in the U.S. District Court for the Northern District of Mississippi. In the Consent Decree, which was endorsed by U.S. District Court Judge Michael P. Mills on March 11, 2021, Valley Tool agreed to pay $32,500 to resolve the disability discrimination and retaliation lawsuit. In this article, our Marion County, Florida retaliatory discharge lawyers explain the EEOC’s allegations of unlawful discriminatory employment practices against Valley Tool.

Valley Tool is a tool company based in Mississippi. In March 2017, Folson was hired by Valley Tool as a sorter. The EEOC maintains that Folson has a disability for purposes of the ADA in the form of sickle cell anemia, a hereditary blood disorder. On March 27, 2017, Folson experienced a sickle cell medical emergency, which caused her to take sick leave and miss work. On April 3, 2017, Folson returned to the work and turned in a doctor’s note stating that she was able to work without any restrictions.

On April 12, 2017, Folson met with the owner of Valley Tool regarding her desire for an accommodation for her sickle cell anemia. During the meeting, the owner told Folson that they thought they were “hiring a healthy individual and needed a dependable employee and he did not want an employee who could not perform the job.” The owner told Folson that she could not miss any more work until her probationary period was over and that Folson needed to get her doctor to complete a form regarding her disability. The owner’s remarks, the EEOC contends, made it clear to Folson that Valley Tool would not provide a leave of absence from work as a reasonable accommodation for her disability. During the meeting, Folson also complained to the owner about the supervisor’s remark that he would not have hired her if he had known she had a blood disorder.

On April 17, 2017, Valley Tool told Folson and several other employees not to report to work the next day because of an alleged lack of work. Valley Tool told Folson to call the company to see if she would need to report to work because work had become available. When Folson called to find out if work was available, Folson was told not to report to work until the following week. When Folson reported to work the following week on her normal shift, a supervisor instructed Folson to go home. Folson never returned to work after April 17, 2017. Although Folson was never put back to work, Valley Tool had recalled other non-disabled employees to work. Valley Tool also hired other non-disabled individuals to work as sorters.

After Folson filed a claim for unemployment compensation benefits, Valley Tool contested her claim by representing that Folson had been placed on a leave of absence. In May 2017, Folson provided a letter to Valley Tool from her doctor stating that Folson could work without any restrictions. The letter also stated that the company could contact the doctor if there were any questions. Despite the doctor’s letter, Valley Tool refused to return Folson to work. Until October 2017, Folson continued to contact Valley Tool expressing her desire to return to work. Although Folson lacked any restrictions relating to her sickle cell anemia, Valley Tool refused to return Folson to work as a sorter or for any other position.

In a press release issued by the EEOC on March 12, 2021 regarding the case, a regional attorney for the EEOC’s Memphis District Office, Faye Williams, explained that “an employer cannot allow fears, myths, stigmas, stereotypes, or prejudice to guide its consideration of an employee’s request for an accommodation or its employment actions.” In commenting on the case, the Director of the EEOC’s Memphis District Office, Edmond Sims, stated that “this case serves as a reminder to small employers of the importance of training for supervisors, managers, and human resources personnel regarding employment discrimination laws.” “Training,” Mr. Sims added, “can help ensure compliance with the laws.”

Based in Ocala, Florida and representing employees throughout Central Florida, our Marion County, Florida retaliatory discharge lawyers have represented employees victimized by retaliation for more than two decades. If you have been retaliated against for exercising your employee rights or have questions about your protection from retaliation under the federal employment laws, please contact our office for a free consultation with our Ocala, Florida retaliatory discharge lawyers. Our employment and labor law attorneys take retaliation cases on a contingency fee basis. This means that there are no attorney’s fees incurred unless there is a recovery and our attorney’s fees come solely from the monetary award that you recover.