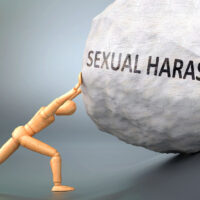 The EEOC claims that Engie violated Title VII by allowing a male employee to sexually harass Crosby and Mays. The EEOC further claims that Engie is liable under Title VII for the sexual hostile work environment because it failed to take prompt and effective remedial action to stop the harassment.

The EEOC is the administrative agency of the federal government responsible for interpreting and enforcing the federal employment laws prohibiting discrimination, harassment, and retaliation. In granting the EEOC the authority to enforce the federal employment laws, Congress also authorized the EEOC to bring lawsuits on behalf of employment discrimination victims, including employees who have been required to work in a sexually hostile work environment. In a press release issued by the EEOC on June 25, 2021 regarding the case, a regional attorney for the EEOC’s Birmingham District Office, Marsha Rucker, stated that the “EEOC takes a company’s failure to take appropriate action to stop sexual or racial harassment seriously and will prosecute cases where this kind of abuse occurs.”