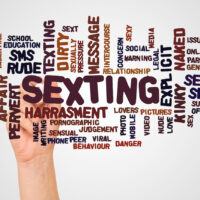 In a press release issued on April 1, 2021, the U.S. Equal Employment Opportunity Commission (EEOC) announced that it has entered into a Consent Decree with Menard, Inc. (Menard) resolving a sexual harassment lawsuit. On May 19, 2020, the EEOC filed the lawsuit, U.S. Equal Employment Opportunity Commission v. Menard, Inc., Case No. 2:20-cv-11240, in the U.S. District Court for the Eastern District of Michigan. In the Consent Decree, which was endorsed by the presiding U.S. District Court Judge on March 31, 2021, Menard agreed to pay $25,000 to resolve the sexual harassment lawsuit. In this article, our Ocala, Florida attorneys for sexual harassment victims explain the EEOC’s allegations of sexual harassment against Menard.

The EEOC filed the sexual harassment lawsuit pursuant to Title VII of the Civil Rights Act of 1964 (Title VII) on behalf of two employees of Menard, Renee Knowles (Knowles) and Stacy Robinson (Robinson). Title VII makes discrimination against employees on the basis of sex an unlawful discriminatory employment practice. Under long-standing law, sexual harassment is a form of sex discrimination forbidden by Title VII. Sexually harassing behavior, including sexual advances, verbal or physical conduct of a sexual nature, and requests for sexual favors, that is sufficiently severe or pervasive to alter the conditions of the victim’s employment and create a hostile work environment violates Title VII. The EEOC maintains that Menard violated Title VII by requiring Knowles and Robinson to work in a sexually hostile work environment.

Menard operates over 300 home improvement stores in 14 states. Knowles and Robinson worked at Menard’s store in the Detroit suburb of Wixom, Michigan. From July 2016 through September 2018, according to the EEOC, Knowles and Robinson were subjected to unwanted sexually harassing behavior by a supervisor in the Hardware Department. The EEOC contends that the supervisor repeatedly subjected Knowles to unwelcome sexual touching, including touching her buttocks. The EEOC further alleges that the supervisor’s hostile work environment sexual harassment included sending Knowles sexually explicit or pornographic text and instant messages, some of which included photographs or video files of graphic sexual images. The EEOC also maintains that the supervisor targeted other female employees, including Robinson, for unwanted sexually harassing behavior. The supervisor’s sexual harassment of other female workers, including Robinson, involved physical touching and sexually explicit text messages.

In April or May 2017, according to the EEOC, a manager in the Hardware Department received a complaint from another female employee about the supervisor sending her sexually explicit text messages. The EEOC asserts that the manager “chose not to investigate the complaint.” Instead, the manager told the supervisor “not to dip his pen in company ink.” In April 2018, Knowles lodged a complaint with the same manager in the Hardware Department about the sexually explicit messages she received from the supervisor. The EEOC alleges that the manager, once again, “chose not to investigate the complaint.”

The EEOC, which is an administrative agency of the federal government and created by Title VII, is charged with interpreting and enforcing the federal labor laws making discrimination, harassment, and retaliation unlawful employment practices. As part of its statutory mission to protect employee rights, the EEOC brings lawsuits in federal court on behalf of employment discrimination victims, including sexual harassment victims. In a press release issued by the EEOC on April 1, 2021 regarding the case, a trial attorney for the EEOC’s Detroit Field Office, Miles Uhlar, explained that “employers must understand that even lower-level department managers have a duty to report and stop sexual harassment when they become aware of it.” “Companies like Menard,” Mr. Uhlar added, “should bear this in mind as they select and train management candidates.”

Based in Ocala, Florida and representing employees throughout Central Florida, our Marion County, Florida lawyers for sexual harassment victims have represented Florida employees who have been required to work in a sexually hostile work environment for more than two decades. If you have been sexually harassed at work or have questions about an employer’s legal duty to protect you from sexual harassment in the workplace, please contact our office for a free consultation with our Ocala, Florida attorneys for sexual harassment victims. Our employment and labor law attorneys take sexual harassment cases on a contingency fee basis. This means that there are no attorney’s fees incurred unless there is a recovery and our attorney’s fees come solely from the monetary award that you recover.