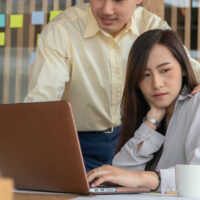 On February 19, 2020, the U.S. Equal Employment Opportunity Commission (EEOC) issued a press release announcing that it has filed a sexual harassment and retaliation lawsuit against New China, Inc. (New China). On February 19, 2020, the EEOC filed the case, United States Equal Employment Opportunity Commission v. New China, Inc., Case No. 1:20-cv-00277, in the U.S. District Court for the District of Oregon after initially attempting to reach a pre-litigation settlement through its statutorily mandated conciliation process.

Workplace Must Be Free Of Sexual Abuse

The EEOC is the administrative agency of the United States responsible for interpreting and enforcing federal laws prohibiting employment discrimination, harassment, and retaliation. In enforcing the federal anti-discrimination rights laws, the EEOC is also authorized by federal law to bring lawsuits on behalf of employees who have been forced to work in a sexual hostile work environment and employees who have been retaliated against for complaining about sexual harassment in the workplace. In a press release issued by the EEOC on February 19, 2020 regarding the case, the Director for the EEOC’s Seattle District Office, Nancy Sienko, explained that these “young women ranged in age from 15 to 20 years old and were entering the workforce for the first time.” “No worker,” Ms. Sienko added, “should have to face what they did.” In commenting on the case, a Senior EEOC Trial Attorney, Teri Healey, stated that “employers need to know that they have a responsibility to ensure that workplaces are free from harassment.” Once employers have been put on notice that “there may be harassment” in the workplace, Ms. Healey added, they “must take prompt, appropriate, and effective action to investigate and stop any such misconduct.”