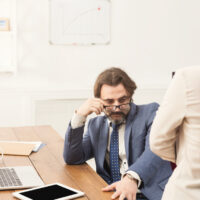 On February 8, 2021, the EEOC issued a press release announcing that it has entered into a Consent Decree to settle a sexual harassment lawsuit against James Cars of Hamburg, LLC, d/b/a James Mitsubishi Hamburg (James Mitsubishi). On June 24, 2020, the EEOC filed the sexual harassment lawsuit, U.S. E.E.O.C v. James Cars of Hamburg, LLC, d/b/a James Mitsubishi Hamburg, Case No. 1:20-cv-00780, in the U.S. District Court for the Western District of New York.  Before moving forward with enforcing the federal anti-discrimination laws through litigation, the EEOC initially attempted to settle the case through conciliation efforts.  Conciliation efforts having failed, the EEOC exercised its statutory right under federal law to remedy the alleged discriminatory employment practices through litigation.  In the Consent Decree, which was approved by U.S. District Court Judge Lawrence J. Vilardo on February 8, 2021, James Mitsubishi agreed to pay $110,000 to resolve the sexual harassment lawsuit.

The EEOC alleges that James Mitsubishi “failed to do anything to address or end the harassment” of Sealy and the Salesperson. Despite the dealership’s knowledge of the sexually hostile work environment, according to the EEOC, the severe and pervasive sexual harassment “continued unabated.” Unable to stop or avoid the harassment, Sealy “struggled to focus on her work tasks and dreaded going to work.” The EEOC maintains that the relentless sexually harassing behavior became so intolerable that Sealy was forced to involuntarily resign her employment in June 2018 in order to escape the hostile work environment. The EEOC contends that James Mitsubishi constructively discharged Sealy by creating and maintaining an intolerable work environment and by failing to take action to address and end the sexually harassing behavior against Sealy.

The EEOC, which is an administrative agency of the federal government, is responsible for interpreting and enforcing the federal anti-discrimination laws, including Title VII’s prohibition against gender discrimination. As part of its statutory mission to take action against employers who fail to protect their employees from sexual harassment in the workplace, the EEOC files lawsuits on behalf of sexual harassment victims.

In a press release issued by the EEOC on February 8, 2021 regarding the case, a regional attorney for the EEOC’s New York District Office, Jeffrey Burstein, observed that “sexual harassment in the workplace unfortunately remains a widespread problem.” “The EEOC will always seek to eradicate sexual harassment,” Mr. Burstein added, “where it finds it.” In commenting on the case, the Director of the EEOC’s New York District Office, Judy Keenan, stated that the “EEOC is committed to take action against businesses that fail to protect employees from unlawful harassment.”

Based in Ocala, Florida and representing employees throughout Central Florida, our Lake County, Florida sexual harassment attorneys have fought for the rights of Florida employees who have been required to work in a sexually hostile work environment for more than two decades. If your employer has created a sexually hostile work environment or you have a questions about your rights under the federal employment laws as a sexual harassment victim, please contact our office for a free consultation with our Leesburg, Florida sexual harassment lawyers. Our employment and labor law attorneys take sexual harassment cases on a contingency fee basis. This means that there are no attorney’s fees incurred unless there is a recovery and our attorney’s fees come solely from the monetary award that you recover.