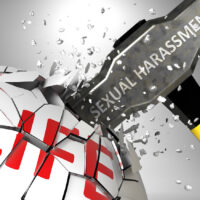 The EEOC has commenced the sexual harassment and retaliation lawsuit pursuant to Title VII of the Civil Rights Act of 1964 (Title VII) on behalf of a former employee of Chicago Harley Davidson, Amy Hartman (Hartman). Title VII makes it an unlawful employment practice for employers to discriminate against employees on the basis of sex. Sexual harassment is a form of sex discrimination made unlawful by Title VII. Employees are also protected by Title VII from retaliation when they complain about perceived sexual harassment in the workplace. As determined by the U.S. Supreme Court in Meritor Sav. Bank v. Vinson, 477 U.S. 57 (1986), employees are not required to run a “gauntlet of sexual abuse in return for the privilege of being allowed to work and make a living.”

Hartman was employed as a business manager at Chicago Harley Davidson’s dealership in Glenview, Illinois. Throughout her employment, according to the EEOC, Hartman was subjected to severe and pervasive sexual harassment by managers and co-workers. The sexual hostile work environment harassment Hartman endured included comments about her body, requests to wear more revealing clothing, sexual comments, sexual propositions, and received graphic sexual images and videos.

The EEOC is the administrative agency of the United States charged with interpreting and enforcing federal employment laws prohibiting discrimination, harassment, and retaliation. In enforcing the federal employment laws, the EEOC is also authorized by federal law to file lawsuits on behalf of sexual harassment and retaliation victims. In a press release issued by the EEOC on February 27, 2020 regarding the case, the Director for the EEOC’s Chicago District Office, Julianne Bowman, explained that the EEOC “takes claims of sexual harassment very seriously and the agency is dedicated to ensuring that women in the workplace are protected from unwelcome sexual comments and propositions at work.” In commenting on the case, a regional attorney for the EEOC’s Chicago District Office, Gregory Gochanour, observed that “we see cases like this too often where employers retaliate against the victim of discrimination rather than taking steps to stop the misconduct.”