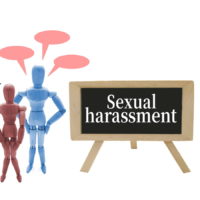 Par Ventures operates a chain of McDonald’s restaurants. In June 2017, Par Ventures hired Walker to work at its McDonald’s in Fayetteville, North Carolina. Walker was 16 years old when she was hired. The EEOC claims that Walker was subjected to a sexually hostile work environment by a male People Manager at the restaurant. The People Manager was Walker’s immediate supervisor.

The EEOC is the administrative agency of the United States responsible for interpreting and enforcing federal laws prohibiting employment discrimination, harassment, and retaliation. In enforcing the federal civil rights laws, the EEOC is also authorized by federal law to bring lawsuits on behalf of victims of sexual harassment. In a press release issued by the EEOC regarding the case, a Regional Attorney for the EEOC’s Charlotte District Office, Lynette A. Barnes, stated that sexual harassment on the job is “especially unconscionable when the victims are our country’s most vulnerable workers—teenagers.” “Employers have a responsibility to prevent such harassment and stop it,” Ms. Barnes added, “when they learn this kind of misconduct is occurring in their workplace.”