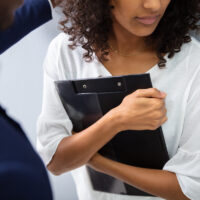 In a press release issued on March 3, 2020, the U.S. Equal Employment Opportunity Commission (EEOC) announced that it has entered into a Consent Decree to settle a sexual harassment lawsuit against Sierra Creative Systems, Inc. (Sierra). On July 12, 2018, the EEOC filed the case, United States Equal Employment Opportunity Commission v. Sierra Creative Systems, Inc., Case No. 2:18-cv-05185, in the U.S. District Court for the Central District of California after initially attempting to reach a pre-litigation settlement through its statutorily mandated conciliation process. In the Consent Decree, which was signed by U.S. District Court Judge Philip S. Guitierrez on March 2, 2020, Sierra agreed to pay $690,000 to resolve the case.

The EEOC brought the sexual harassment lawsuit pursuant to Title VII of the Civil Rights Act of 1964 (Title VII) on behalf of former employees of Sierra, Herminia Esqueda (Esqueda), Amaranda Cedillo (Cedillo), and Ann Palacios (Palacios). Under Title VII, employees are protected from sexually harassing behavior in the workplace. The EEOC claims that Sierra violated Title VII by requiring the three female employees to work in a sexual hostile work environment. In this article, our Marion County, Florida sexual harassment victims’ attorneys explain the EEOC’s allegations against Sierra.

Esqueda, Cedillo, and Palacios worked in the production department at Sierra’s facility in North Hollywood, California. Their job duties involved loading paper and envelopes into printing machines, as well as sorting, folding, and stuffing material by hand based on customer orders. The women were supervised by a man named Islas.

The EEOC alleges that Islas subjected Esqueda, Cedillo, and Palacios to a sustained campaign of sexually harassing behavior. Islas’ unwanted sexually harassing behavior included brushing up against their bodies with his genitalia, grazing his elbow along their breasts, rubbing their backs, and snapping their bras. The EEOC further alleges that Islas made explicit remarks about their bodies, breasts, and buttocks. On one occasion, according to the EEOC, Islas told Cedillo that she walked like a whore and that he would be her pimp and split the proceeds with her.

The EEOC also contends that Islas subjected the three female employees to quid pro quo sexual harassment by propositioning them, intimating that they would be assigned more hours or overtime if they did not object to his unwanted sexual advances. For example, Islas told Esqueda that she could make more money but does not, in effect, “coopeate.” Islas also propositioned Cedillo after she commented about there being less work available, telling her, in effect, that “things could be different but that was up to her.”

Despite the “myriad of complaints” made by the three women, Sierra failed to effective remedial action to prevent Islas’ sexually harassing behavior from continuing. As a result of Sierra’s failure to “take seriously” the employees’ complaints against Islas, Islas’ sexual behavior was allowed to continue unabated in its frequency and severity. Since Sierra failed to take adequate remedial actions to stop the harassment, Esqueda, Cedillo, and Palacios “resorted to filing complaints with the EEOC.” Because their complaints “fell on deaf ears,” the EEOC maintains that Sierra is liable for Islas’ creation of a sexual hostile work environment.

The EEOC is the administrative agency of the United States responsible for interpreting and enforcing federal laws prohibiting employment discrimination, including sexual harassment. In enforcing the federal civil rights laws, the EEOC is also authorized by federal law to bring lawsuits on behalf of employees who have been subjected to hostile work environment sexual harassment. In a press release issued by the EEOC on March 3, 2020 regarding the case, a regional attorney for the EEOC’s Los Angeles District Office, Anna Park, explained that “sexual harassment remains a persistent problem,” and the EEOC “encourages employers to take proactive steps to ensure a workplace free of harassment.”