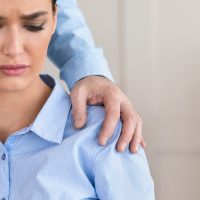 For more than two decades, our Marion County, Florida hostile work environment attorneys have fought for the rights of sexual harassment victims. Through their extensive experience litigating sexual harassment cases in Florida courts, our Ocala, Florida hostile work environment lawyers know that management employees continue to use their authority to extract sexual favors from those over whom they exercise power. As observed by the U.S. Ninth Circuit Court of Appeals in Nichols v. Frank, 42 F.3d 503 (9th Cir. 1994), “[t]here can be no justification for requiring a worker to engage in sexual acts in order to obtain a job, job-related benefits, or to avoid a job-related detriment.” In this article, our Marion County, Florida hostile work environment attorneys explain how the alleged facts in a sexual harassment lawsuit recently filed by the U.S. Equal Employment Opportunity Commission (EEOC) illustrates that federal employment discrimination law protects sexual harassment victims who refuse to submit to a supervisor’s sexual advances.

On September 29, 2021, the EEOC issued a press release announcing that it has filed a sexual harassment and retaliation lawsuit against Key Management Partners (KMP). On September 29, 2021, the EEOC filed the sexual harassment and retaliation lawsuit, United States Equal Employment Opportunity Commission. v. Key Management Partners, Case No. 8:21-cv-02496, in the U.S. District Court for the District of Maryland. The EEOC has filed the sexual harassment and retaliation lawsuit under Title VII of the Civil Rights Act of 1964 (Title VII) on behalf of a former employee of KMP, a woman named McKenzie. The EEOC claims that McKenzie was sexually harassed by the CEO of KMP and fired because she refused to submit to the CEO’s sexual advances in violation of Title VII.

KMP is a consulting firm based in Maryland. In September 2017, McKenzie began working for KMP as an attorney. During her employment, McKenzie worked from home and at KMP’s headquarters office. In February 2019, the CEO of KMP summoned McKenzie to meet with him at KMP’s headquarters office. At the end of the meeting, according to the EEOC, the CEO indicated that he could have had the conversation with McKenzie via telephone, but that he wanted her to come to his office instead. The CEO’s insistence on a private meeting, and his conduct during the meeting, made McKenzie uncomfortable. After leaving the meeting, McKenzie discussed her concerns with her supervisor.

Later that same day, the CEO called McKenzie on her personal cell phone, stating that he wanted to see her again. Since they had just met, McKenzie believed that the CEO was not calling for work-related reasons. McKenzie quickly ended the call and contacted her supervisor to notify her that that the CEO’s inappropriate conduct was continuing.

The next day, the CEO called McKenzie on her personal cell phone again, and stated that he wanted to see her. During this call, according to the EEOC, the CEO tried to pressure McKenzie to have an affair with him, stating that they could “work around” his wife and her boyfriend, and that it would be “okay” to have a romantic relationship because McKenzie did not work with him at KMP’s headquarters office. The EEOC alleges that McKenzie told the CEO that she did not want to be his mistress, and that she wanted to keep things between them strictly professional. McKenzie then ended the call by telling the CEO that she needed to get back to work.

The following day, McKenzie sent the CEO an email regarding their recent interactions. McKenzie asked the CEO not to continue to contact her on her personal cell phone. McKenzie also told the CEO that she expected he would keep future interactions with her strictly professional. McKenzie further told the CEO that the “disclosure” he made during the telephone calls to her cell phone “were not invited nor welcome and, frankly, made [her] uncomfortable.” McKenzie concluded by thanking the CEO for “respecting [her] boundaries.” On May 30, 2019, KMP fired McKenzie based upon the CEO’s order.

The EEOC is the administrative agency of the United States government responsible for administering, interpreting, and enforcing federal employment discrimination law. In order fulfill its statutory mission of eradicating discriminatory employment practices from the American workplace, the EEOC files lawsuits in federal court on behalf of employment discrimination victims, including sexual harassment victims who have been retaliated against for refusing to engage in sexual acts in order to obtain a job-related benefit or to avoid a job-related detriment.

In a press release issued on September 29, 2021 regarding the case, a regional attorney for the EEOC’s Philadelphia District Office, Debra Lawrence, observed that “sexual harassment is an abuse of power in the workplace.” “Too often,” Ms. Lawrence added, “subordinates are targeted by a person with authority over them.” In commenting on the case, the Director of the EEOC’s Washington D.C. Field Office, Mindy Weinstein, explained that “sexual harassment and retaliation frequently occur in tandem.” “It is a pernicious scenario,” Ms. Weinstein added, “that can make future victims of harassment fearful of coming forward.”

Based in Ocala, Florida and representing workers throughout Central Florida, our Marion County, Florida hostile work environment attorneys have dedicated their practice to representing sexual harassment victims. If you have been sexually harassed at work or have questions about your protection from retaliation for rejecting a supervisor’s sexual advances, please contact our office for a free consultation with our Ocala, Florida hostile work environment lawyers. Our employee rights law firm takes sexual harassment cases on a contingency fee basis. This means that there are no attorney’s fees incurred unless there is a recovery and our attorney’s fees come solely from the monetary award that you recover.