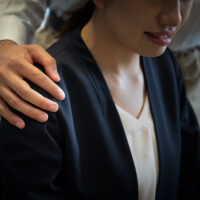 The EEOC has brought the retaliation lawsuit under Title VII of the Civil Rights Act of 1964 (Title VII) on behalf of a former employee of RSB and CMR, Madelene Billick (Billick). Title VII, which is the foundation of the federal government’s efforts to eradicate discriminatory employment practices from the American workplace, makes sexual harassment which is sufficiently severe or pervasive to alter the conditions of the victim’s employment and create a hostile working environment an unlawful employment practice. In order to protect employee rights, Title VII also contains an anti-retaliation provision. Under Title VII, employers are prohibited from retaliating against employees who complain about perceived sexual harassment in the workplace.

In September 2019, Billick began working at CMR as a server and bartender. In October 2019, Billick began working at RSB as a bartender. While working at each restaurant, Billick was supervised by an owner of CMR and RSB. From September 2019 until she was fired on December 29, 2019, according to the EEOC, Billick was subjected to a sustained campaign of unwanted sexually harassing behavior from the owner and other male employees. The owner’s alleged sexual harassment of Billick included sexual touching, offering to pay her for sex, requesting a kiss, and spreading false rumors to employees that he had paid her for sex. The alleged sexual harassment of Billick by male co-workers included touching her breasts, kissing her shoulder, and pulling her close to them against her will.

The EEOC is the administrative agency of the United States charged by federal law with interpreting and enforcing federal employment and labor laws prohibiting discrimination, harassment, and retaliation. In fulfilling its statutory mandate to protect employees from unlawful employment practices from the American workplace, the EEOC files lawsuits on behalf of employment discrimination victims, including sexual harassment and retaliation victims. In a press release issued by the EEOC on January 12, 2021 regarding the case, a regional attorney for the EEOC’s Philadelphia District Office, Debra M. Lawrence, observed that “unfortunately, sexual harassment continues to be prevalent in the restaurant industry.” “The EEOC is committed,” Ms. Lawrence added, “to protecting service-industry workers from abuse and exploitation because of their sex.” In commenting on the case, the Director of the EEOC’s Philadelphia District Office, Jamie R. Williamson, explained that “all employees have the right to earn a living without being subjected to sexual harassment and to complain about unwelcome sexual harassment without being fired in retaliation.”