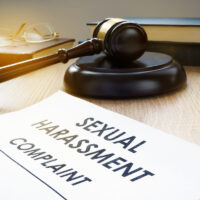 The EEOC is the administrative agency of the United States responsible for interpreting and enforcing federal employment laws making discrimination, harassment, and retaliation unlawful employment practices. As part of its mandate to enforce the federal employment laws, the EEOC is authorized to bring lawsuits on behalf of sexual harassment and retaliation victims. In a press release issued by the EEOC on October 23, 2020 regarding the case, the Director of the EEOC’s Memphis District Office, Delner Franklin-Thomas, explained that “employers who tolerate persistent sexual harassment and punish victims for exercising their right to oppose such behavior violate federal law.”