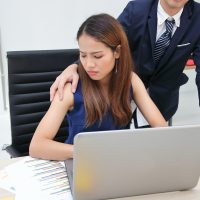 In a press release issued on October 10, 2021, the EEOC announced that it has entered into a Consent Decree resolving a sexual harassment lawsuit against Hannah’s Inc. and Hannah’s Pet Hospitals, Inc. (HPH). On September 29, 2020, the EEOC filed the sexual harassment lawsuit, U.S. Equal Employment Opportunity Commission v. Hannah’s Inc. and Hannah’s Pet Hospitals, Inc.,  Case No. 3:20-cv-01688, in the U.S. District Court for the District of Oregon after initially attempting to address the alleged sexual hostile work environment through its lawfully mandated conciliation process. Unable to reach an acceptable conciliation agreement, the EEOC moved forward with seeking to address the alleged unlawful employment practices through litigation. In the Consent Decree, which was signed by U.S. District Court Judge Karin J. Immergut on October 8, 2021, HPH agreed to pay $43,000 to resolve the sexual harassment lawsuit.

The EEOC filed the sexual harassment lawsuit pursuant to Title VII of the Civil Rights Act of 1964 (Title VII) on behalf of a former employee of HPH, a woman named Willett. Under Title VII, employees are protected from sexual harassment which has the purpose or effect of altering the conditions of the victim’s employment and creating a hostile work environment.

Under Title VII, employers are obligated to take prompt and effective remedial action when they know or should know an employee is being subjected to sexually harassing behavior in the workplace. When an employer fails to take corrective action, or the corrective action does not stop the sexually harassing behavior from continuing, the employer is liable under Title VII for creating and maintaining a sexually hostile work environment.

HPH, which is based in Portland, Oregon, provides veterinary services. Willett was employed by HPH as a Pet Nurse from November 2017 until June 2018. During her employment, according to the EEOC, Willett was subjected to unwanted sexually harassing behavior from HPH’s Chief of Staff. The Chief of Staff’s unwelcome sexually harassing behavior towards Willett included comments of a sexual nature, such as asking her what sounds came from her bedroom when her boyfriend was over and telling her that she did not need to wear a bra because she had “nothing there.” The EEOC further alleges that the Chief of Staff made on-going, sexist remarks denigrating women, such as “shut up woman” and “stupid woman. The Chief of Staff also referred to women as “whores.”

The EEOC is the administrative agency of the United States charged with interpreting and enforcing federal employment discrimination law. In order to protect sexual harassment victims, the EEOC is authorized by federal law to bring lawsuits against employers who have created and maintained a sexually hostile work environment. In a press release issued on October 20, 2021, regarding the case, the Acting Director of the EEOC’s San Francisco District Office, Nancy Sienko, explained that “sexual harassment continues to be a serious workplace problem.” “It is critical” Ms. Sienko observed, that “employers train managers and employees to recognize that no one in the organization is above the law, and that sexual harassment absolutely will not be tolerated.”