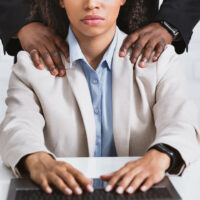 In a press release issued on October 14, 2020, the U.S. Equal Employment Opportunity Commission (EEOC) announced that it has filed a sexual harassment and retaliation lawsuit against Konos, Inc. (Konos). On October 9, 2020, the EEOC filed the case, U.S. Equal Employment Opportunity Commission v. Konos, Inc., Case No. 1:20-cv-00973, in the U.S. District Court for the Western District of Michigan after first attempting to correct the alleged unlawful employment practices through its statutorily required conciliation process. Unable to secure an acceptable conciliation agreement, the EEOC has endeavored to eliminate the alleged unlawful employment practices through litigation.

The EEOC filed the sexual harassment and retaliation lawsuit pursuant to Title VII of the Civil Rights Act of 1964 (Title VII) on behalf of a former employee of Konos. In the Complaint initiating the lawsuit, the EEOC refers to the former employee as Jane Doe (Doe) in order to protect the identity of the victim. Under Title VII, employees are protected from discrimination on the basis of sex. Sexual harassment is a form of sex discrimination made an unlawful employment practice by Title VII. Title VII also protects employees from retaliation when they complain about perceived sexual harassment in the workplace. The EEOC contends that Konos violated Title VII by subjecting Doe to a hostile work environment based on her sex. The EEOC further contends that Konos unlawfully retaliated against Doe by sending her home after she complained about sexual harassment. In this article, our Marion County, Florida hostile work environment lawyers explain the EEOC’s allegations of sexual harassment against Konos.

Konos is a an egg producer based in Michigan. On April 1, 2017, Doe began working for Konos as an egg inspector at its facility in Martin, Michigan. Shortly after her employment began, according to the EEOC, Doe’s supervisor began sexually harassing her. The supervisor’s alleged sexual harassment began by sending Doe text messages soliciting an intimate relationship with him. The EEOC contends that Doe rejected the supervisor’s unwanted sexual advances. After his sexual advances were spurned, the EEOC maintains that the supervisor sexually assaulted Doe on three separate occasions. The alleged sexual assaults included forced kissing, groping, and sexual touching. Doe reported the supervisor’s sexual conduct to the police and obtained a personal protection order against him. The supervisor was also prosecuted and ultimately pled no contest to fourth degree criminal sexual conduct. The EEOC further alleges that Doe complained to Konos about the supervisor’s unwanted sexual conduct. In retaliation for her complaints, according to the EEOC, Konos sent Doe home. Doe never returned to work. The EEOC is seeking compensatory and punitive damages due to the alleged unlawful employment practices, along with injunctive relief to prevent future sexual harassment and retaliation in the workplace.

The EEOC is the administrative agency of the United States responsible for interpreting and enforcing federal civil rights laws making sexual harassment and retaliation unlawful employment practices. In enforcing employee rights under the federal civil rights laws, the EEOC is authorized by federal law to file lawsuits on behalf of employees who have been subjected to unlawful sexual harassment and retaliation. In a press release issued by the EEOC on October 14, 2020 regarding the case, a trial attorney for the EEOC’s Detroit Field Office, Nedra Campbell, explained that “fostering an environment that allows a supervisor to sexually assault a subordinate employee, and then retaliating against the employee for complaining, is a clear violation of federal law.” In further commenting on the case, Ms. Campbell stated that “Konos should have immediately undertaken remedial measures to protect this employee and others.”