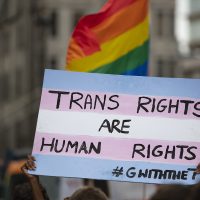 A recent nationwide study found that nearly half of LGBTQ workers reported facing explicit discrimination in the workplace, including unfair treatment, adverse employment consequences such as being fired or turned down for a promotion, or sexual harassment. While the results of the study do not, unfortunately, come as a shock to our experienced workplace discrimination team, they do illustrate the importance of anti-discrimination laws as well as the courageous plaintiffs and law firms who fight to enforce them.

The Williams Institute at the University of California, Los Angeles, School of Law recently published a report entitled LGBT People’s Experiences of Workplace Discrimination and Harassment. The study looked at survey data collected in May 2021, with an eye toward evaluating the present state of LGBTQ discrimination in the workplace in light of the COVID-19 pandemic and in the year since the Supreme Court issued a final pronouncement regarding sexual orientation discrimination.

The study found that 46 percent of LGBTQ workers reported receiving unfair treatment in the workplace as a direct result of their sexual orientation, including losing out on employee benefits such as promotions or raises, being denied hours, being excluded from company events, being passed over for a job, being harassed, or being terminated. Around nine percent reported that they had been denied a position or fired just in the previous 12 months due to their orientation or identity. Over a quarter (25.9 percent) of the participants reported facing sexual harassment in the workplace, while over one in five reported experiencing physical harassment on the job (including being punched or beaten up).

The study found that discrimination was worse among LGBTQ people of color; 29 percent reported that they had been turned down for a job as a result of their orientation or identity, as compared to 18 percent of white LGBTQ employees. Over a third of LGBTQ employees of color also reported experiencing verbal harassment.

While interpretations of Title VII may have differed in the past, there is no question now: Federal law prohibits discrimination based on sexual orientation in the workplace. The landmark case of Bostock v. Clayton County put an end to the split among courts across the country as to whether gay, lesbian, and trans people could be discriminated against based on their sexual orientation and gender presentation.

While Florida has yet to modify its own civil rights laws to explicitly include sexual orientation and gender identity as protected characteristics, Florida employers are subject to workplace protections imposed by federal law.

Sexual Harassment is Illegal Under State and Federal Law

Many of the UCLA study participants (over 25 percent) reported experiencing blatant sexual harassment in the workplace. One respondent, for example, reported a coworker making comments such as: “If you let me, I can turn you straight.” Even without explicit protections based on sexual identity, such conduct would be unlawful under both federal and state law.

The Florida Civil Rights Act prohibits sexual harassment whether it comes in the form of a “quid pro quo” (demands for sexual favors in exchange for workplace benefits or to avoid adverse employment outcomes) or a hostile work environment (unwanted touching, sexual innuendos and comments, etc.) Sexual harassment laws protect both men and women and prohibit harassing conduct from both the same sex and the opposite sex of the person being harassed. Employers can be held liable for the conduct of supervisors that result in negative employment actions (termination, loss of wages, refusal to promote, etc.) as well as for supervisor or coworker conduct that results in a hostile work environment, provided the employer knew or should have known about the conduct and did not take prompt appropriate corrective action.