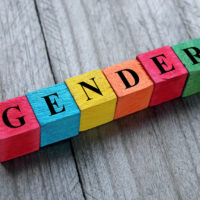 Having represented victims of retaliatory discharge for more than twenty years, our Marion County, Florida sex discrimination lawyers have learned that landmark, national changes for the better are rare, and they should be celebrated when they happen. The Supreme Court of the United States just issued an opinion officially extending the federal anti-discrimination workplace protections to discrimination based on sexual orientation and gender identity. Particularly with this federal administration and the conservative-leaning Supreme Court, it is surprising to see a defining judicial opinion that gets it so right. In this article, our Ocala, Florida, sex and gender discrimination lawyers explain the Supreme Court’s decision in Bostock v. Clayton Countyand how it affects litigation based on Title VII of the Civil Rights Act of 1964.

Title VII of the Civil Rights Act of 1964 (Title VII) forbids employers from discriminating against employees on the basis of sex. The prohibitions extend to harassment, retaliation, unequal pay, and adverse employment actions such as termination, refusal to hire, or refusal to promote someone on the basis of their sex.

Federal courts around the country over the last few years have been wrestling with the question of whether “sex” under Title VII extends to discrimination against someone based on their gender identity or their sexual orientation. Many state laws now explicitly prohibit discrimination on these bases, but many do not. LGBT workers in states without such explicit protection have tried to rely on Title VII, with mixed success. The Supreme Court has finally answered the question in the affirmative: Pursuant to Title VII, employees cannot be fired because they are gay, lesbian, transgender, or otherwise as a result of their gender identity or orientation.

Title VII does not explicitly use the words sexual orientation or gender identity. Instead, the Court’s opinion in Bostock turned on whether adverse employment actions conducted based on a person’s identity or orientation were, in fact, based on the employee’s “sex,” as civil rights and employment discrimination lawyers have been arguing for years. One of the Court’s conservative members and a Donald Trump appointee, Neil Gorsuch, drafted the surprising opinion. The majority opinion explained: “An employer who fires an individual for being homosexual or transgender fires that person for traits or actions it would not have questioned in members of a different sex. Sex plays a necessary and undisguisable role in the decision, exactly what Title VII forbids.”

In other words, when an employee fires a person because they present as a female or because they are romantically interested in men, but they would not have done so if the employee were born a cis-gendered female, then they are clearly discriminating based on the employee’s sex. The plaintiffs in the case were employees who claimed they had been terminated from their jobs because they were gay or transgender. As the Supreme Court majority opinion explained: “An individual’s homosexuality or transgender status is not relevant to employment decisions.” The decision is clear and unequivocal: Title VII fully and completely applies to discrimination based on gender identity and sexual orientation, opening the door to other workplace discrimination lawsuits on those bases.