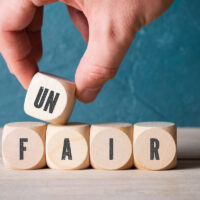 Having represented Florida workplace discrimination victims for more than twenty years, our Marion County, Florida sexual orientation discrimination victims’ lawyers know that advances in antidiscrimination law tend to be two steps forward, one step back. There is a tension in the law that is rapidly coming to a head, pitting antidiscrimination prohibitions against so-called “religious freedom” arguments. Religious organizations and other businesses around the country are attempting to rely on religious liberty to justify discriminatory practices, arguing that antidiscrimination laws force them to choose between adhering to their legitimately-held religious beliefs and exposing themselves to civil or regulatory liability. Courts around the country are fielding lawsuits confronting this conflict in a variety of areas, including adoption, housing, government contracts, and employment.

Recently, the United States Supreme Court addressed one facet of this dispute. In a case titled Fulton v. City of Philadelphia, the Court considered whether a municipality can refuse to contract with a private organization based on discriminatory conduct when the organization cites sincerely-held religious beliefs as the reason for its practices. The case presents a window into the future of the discrimination vs. religious liberty conflict, and although the Court ruled in favor of religion (and the ability to discriminate), the implications may not be as dire as they appear.

CSS provides foster care services for the City, but it is a private non-profit organization. CSS refuses to certify unmarried couples, regardless of their sexual orientation, as well as same-sex married couples for foster parenting. Finding that CSS’s refusal to certify same-sex couples violated the City’s nondiscrimination policies, the City informed CSS that it would cease to refer children to the agency or enter into a full foster care contract with CSS unless CSS changed its policy and began certifying otherwise qualified same-sex couples.

CSS and its affiliates sued the City, claiming violations of the Free Exercise and Free Speech Clauses of the First Amendment. CSS claims that it holds the religious belief that marriage is a “sacred bond between a man and a woman,” and that it could not endorse same-sex marriage by considering same-sex couples for foster parent certification. According to CSS, ending the contract violated its First Amendment rights by punishing them for exercising their sincerely-held religious beliefs.

After several rounds of appeal, the Supreme Court agreed with CSS. Writing for a unanimous Court, the Chief Justice found that the “City’s actions burdened CSS’s religious exercise by forcing it either to curtail its mission or to certify same-sex couples as foster parents in violation of its religious beliefs.” The Court found that the City’s anti-discrimination law was not “neutral and generally applicable,” which would have triggered a softer amount of scrutiny, because it asks the government “to consider the particular reasons for a person’s conduct by creating a mechanism for individualized exemptions.” The Court stated that the City should have granted an exemption or provided a compelling reason for failing to do so, particularly given that the City retained “discretion” to grant exemptions. Under strict scrutiny, the City’s actions violated the First Amendment rights of CSS.

What the Court Did Not Do & Implications for Employment Discrimination

While the decision is certainly a setback for antidiscrimination protections, it is not a complete loss. The plaintiffs sought specifically to overturn a 1990 Supreme Court decision called Employment Division v. Smith. That decision held that “generally applicable” laws or regulations that are enforced neutrally are presumed to be legitimate, even if they “incidentally” affect a religious group or person. Overturning Smith would have a massive impact on future “religious liberty” arguments, essentially gutting all antidiscrimination laws–in the area of workplace discrimination and elsewhere.

Thankfully, the Court refused to overturn Smith, at least for the time being. The Court emphasized that Philadelphia’s policy specifically allowed one government official complete discretion to grant or deny a religious exemption, taking the case out of the realm of “generally applicable” laws and allowing for more strict scrutiny of the law. Conceivably, the City could amend its regulations to mandate anti-discrimination and remove the discretion afforded to the government to grant exemptions to the requirements, and thus have in place a “generally applicable” policy of nondiscrimination. The Court’s current ruling would not automatically invalidate that policy, even if CSS continued to argue that its religious freedoms were being infringed. It would be a new case for a new day.